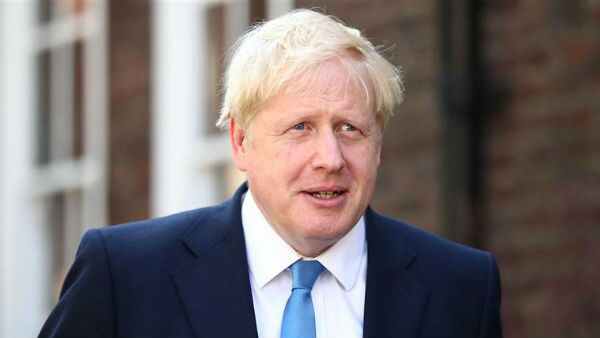 New Delhi, April 21. British Prime Minister Boris Johnson is on a two-day visit to India from today. Boris Johnson has reached Ahmedabad. Today, Johnson will spend the whole day in Gujarat, after which he will reach Delhi and meet Prime Minister Narendra Modi. This visit of Boris Johnson is being considered very important in terms of business and industry. There can be major agreements in the fields of free trade, energy and defence. Today PM Johnson will spend his first day in Gujarat, after which he will reach Delhi in the evening. Please tell that Boris Johnson was to come to India earlier, but due to Corona, his trip was postponed.

Boris Johnson’s visit to India comes at a time when there is a war between Russia and Ukraine. On the one hand, the UK has openly criticized Russia and imposed many sanctions. At the same time, India did not participate in the voting of the UN resolution against Russia. Boris Johnson himself had reached Ukraine. Let us tell you that Boris Johnson’s Gujarat tour is very busy, he will take several meetings one after the other. On his Gujarat tour, Boris Johnson will visit many historical places and educational institutions.

Boris Johnson will be staying at the Hyatt Regency Hotel in Ahmedabad on his Gujarat tour. According to sources, the top suite has been booked for Boris Johnson in the Hyatt, his room will be completely bullet proof. Boris Johnson is accompanied by other dignitaries. After reaching Ahmedabad, Boris Johnson will take part in a small road show, during which many local artists will perform. He can directly go to Sabarmati Ashram or hotel. After this, he will meet Adani Group Chairman Gautam Adani. After this, he will go to Vadodara by helicopter, where he will visit the JCP plant. After this he will return to Vadodara and will also go to Gandhinagar.

UK PM Boris* Johnson arrives in Ahmedabad, Gujarat. He is on a 2-day India visit pic.twitter.com/yzwlX5Dppg

Watch: Smuggler was bringing gold worth 30 lakhs by hiding in a wig, seized at the airport