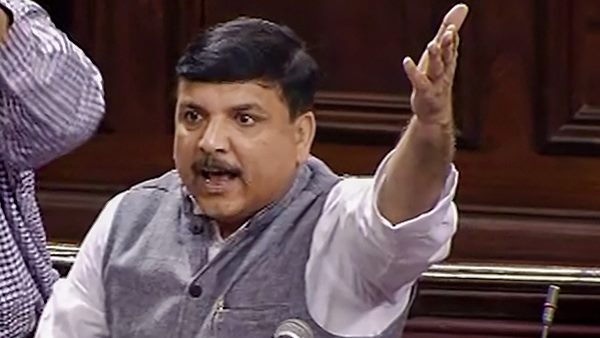 New Delhi, 5 April. Aam Aadmi Party (AAP) leader Sanjay Singh has taken a jibe at the BJP over the rising fuel prices. AAP MP Sanjay Singh has explained BJP’s 80-20 electoral math in his own way. He has accused the BJP of misleading the public regarding this. The AAP leader further said that the BJP presents a very weak argument on the issue of inflation.

While discussing the MCD integration bill, Aam Aadmi Party MP Sanjay said that this bill is a bill to muddle the soul of India and the Constitution. On this the state government and the assembly have the right to hold elections in the municipality. Referring to the Constitution, the AAP MP said that municipalities have the right to make laws in this regard. While this unconstitutional bill is being passed in the Parliament. Sanjay Singh said that BJP should accept that they are afraid of Arvind Kejriwal in Delhi. The MCD integration bill was opposed in the Lok Sabha and will be opposed in the Rajya Sabha as well. This authoritarian approach of taking away the rights of the states will not be liked at all.

The AAP leader said that the Prime Minister should call an all-party meeting on this. There should be open discussion on issues in a democracy. Truth should be kept before the nation. But this is not being done. During this, questions were raised from AAP MP Sanjay on the issue of inflation. He said that fuel prices are increasing continuously. Is it not so that the 80-20 thing that the BJP had said during the Uttar Pradesh assembly elections is now being fulfilled by increasing the prices of petrol and diesel by 80 paise for 20 consecutive days.

The BJP kept repeating the same throughout the elections in Uttar Pradesh that we are contesting on 80-20. The AAP leader said that the truth is that for 20 days, he kept talking about increasing the fuel prices by 80 paise. Sanjay Singh questioned that even when the price of crude oil was low in the international market, the fuel prices in India did not come down. At the same time, when the price of crude oil increased during the election, but the prices of fuel were not increased. Oil prices are increasing continuously after the elections are over.

8 years given to BJP, PM Modi did not care about me, I was talking about retiring from politics: Babul Supriyo

On attachment of properties on behalf of ED, Sanjay Raut said – shoot me or send me to jail…