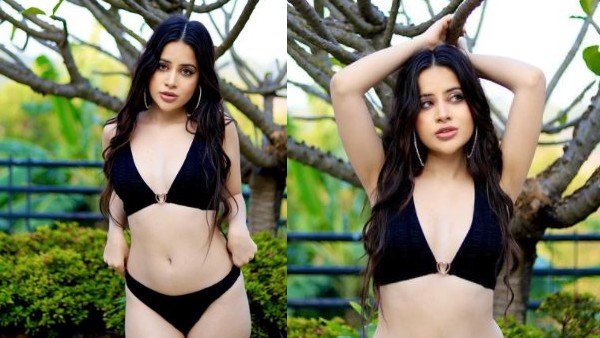 Bigg Boss OTT fame Urfi has posted a video on his Instagram page two days ago. Urfi, who is super active on social media, has shared this super hot photos of her in a black bikini. Urfi’s confidence with these pictures is a sight to behold. Urfi, who lauded people for her bikini looks, has also written a caption with this photo, which is attracting people’s attention. Urfi has written in the caption that I feel that I am a gift from God.

Photos pasted instead of clothes

Apart from this, recently Urfi Javed has posted a video on his Instagram page. In this video, Urfi is seen in amazing fashion. This time Urfi has pasted her photos on her body and is dancing. The actress has posted a small video of herself on her Instagram page, in which she has pasted her pictures on her body instead of clothes. Photos on the body, wearing open hair and high heels were seen dancing. Urfi wrote in the caption accompanying the video, saw this idea on the internet, wanted to create it and got it done.

Seeing this look of Urfi, users have trolled him again. Some are telling them the photo frame and some are beating their heads after seeing their fashion. Where did someone write such a dress and bring ideas from where? Although this is not the first case when Urfi Javed is getting trolled for his fashion and dressing. Recently, a video of her had gone viral, in which she had come to attend an event, but she got furious at the attitude of the security guard there. Even at that time, Urfi was wearing a revealing dress, which rested on a thread. Urfi often designs her own dress.

Urfi Javed is a model and actress, who has appeared in many TV shows, but she got recognition from Bigg Boss OTT, although she could not do anything special in this show and got out of the show in the beginning, but for this show. Since then she has become a social media sensation. The number of followers on Instagram started increasing rapidly. Urfi dominated social media due to her fashion and hot photos. Urfi spoke openly about his life during an interview. He said that he had to struggle a lot to reach this point. His father never supported him and his mother. He has made a place in the industry on his own. Recently, Urfi has shot a music video with Javed Kunwar.

Will Smith’s wife breaks silence after slap in Oscar ceremony, said this