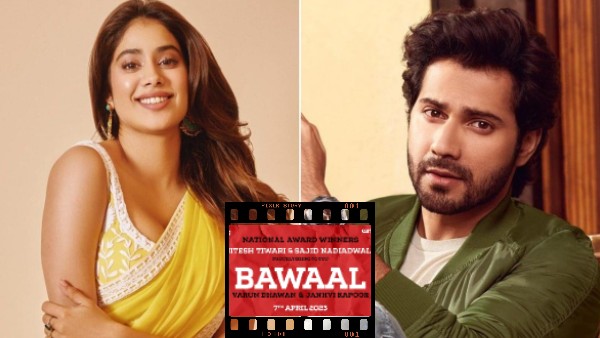 Casting was not happening together

Talking about the second lead of the film, Janhvi Kapoor, Varun Dhawan and Janhvi Kapoor were earlier going to be seen together in Shashank Khaitan’s film Mr. Lele with Bhumi Pednekar. But Varun Dhawan had to leave this film. Now Mr Lele has been announced with a new name and starcast. And Varun and Janhvi are finally coming together for a film.

Janhvi Kapoor may have been a victim of criticism with Dhadak but in her real life she went on to win the hearts of fans and media. Be it her scintillating presence at events or her no makeup look outside gym sessions. Janhvi Kapoor is often seen making fans happy and taking selfies with them.

Many offers came to Varun

Varun Dhawan has rejected many films in lockdown. Dream Girl director Raaj Shaandilyaa offered her a comedy film where Varun Dhawan was supposed to play a stand-up comedian. On the other hand, he was also offered a film by Shah Rukh Khan’s Red Chillies which Varun turned down. Kesari director Anurag Singh was also about to start a film with Varun which was rejected by Varun Dhawan in the lockdown. Despite this, he has many films in the pipeline.

Janhvi is walking with a sigh

Janhvi Kapoor is the favorite of the audience and if we talk about the heroines of the new generation, then she is the most powerful actress in them. Boman Irani’s son Kayoz Irani will direct Janhvi Kapoor’s next for Dharma Productions. Siddharth Malhotra or Varun Dhawan will be opposite Janhvi Kapoor in this film. At the same time, another film of Dharma Productions which is being directed by Sharan Sharma has been announced. The name of the film is Mr and Mrs Mahi in which Rajkumar Rao will be opposite Janhvi Kapoor.

Talking about Varun Dhawan’s upcoming films, he has forayed into Dinesh Vijan’s horror universe with Bhediya. The poster and first look of the film is also out. Varun Dhawan will be seen alongside Kriti Sanon in this film. And it is believed that this Horror Universe will do a blast later with Stree and Roohi. Apart from this, he is doing Shriram Raghavan’s Arun Khetarpal biopic named Twenty One. The shooting of this film is continuously getting postponed.

Varun Dhawan’s two films are ready for release in 2022. Apart from Bhediya, his Dharma Productions collaboration Jug Jug Jio is also slated for release. The film is a complete family drama where Varun Dhawan will be seen alongside Kiara Advani, Anil Kapoor, Neetu Kapoor and Prajakta Kohli. Many of Varun Dhawan’s films are currently stuck including Rannbhoomi with Dharma Productions. At the same time, the rumors of the next film of Dulhania series with Alia Bhatt have also faded now.

Janhvi Kapoor has also been well supported by great projects. After Dhadak, she worked in Zoya Akhtar’s Ghost Stories. The film did not play on Netflix but Janhvi’s work was highly praised. After this Janhvi Kapoor’s next film Gunjan Saxena: The Kargil Girl also released on Netflix. But this time his work was highly appreciated.

Meanwhile, Varun Dhawan is also preparing to make his digital debut with the international web series Citadel. Priyanka Chopra is the heroine of this series. While Priyanka Chopra has started shooting for her international series, Varun Dhawan will start shooting for the India chapter soon. It is believed that this series will be released in 2022 for Amazon Prime Video.

Many films of Janhvi also in pipeline

Janhvi Kapoor was supposed to do three films with Dharma Productions after Dhadak and Gunjan Saxena. While Takht got canned, her film Dostana 2, on the other hand, has lagged behind. Apart from this, Janhvi Kapoor had to do Mr. Lele but that film could not start on time and Janhvi had to leave it. Apart from Mr & Mrs Mahi and Kayoz Irani’s film, Janhvi has wrapped up shooting for Good Luck Jerry and Helen remake, Mili.

Attack Film Review – John Abraham tries to serve a mix of science and patriotism, fails in both