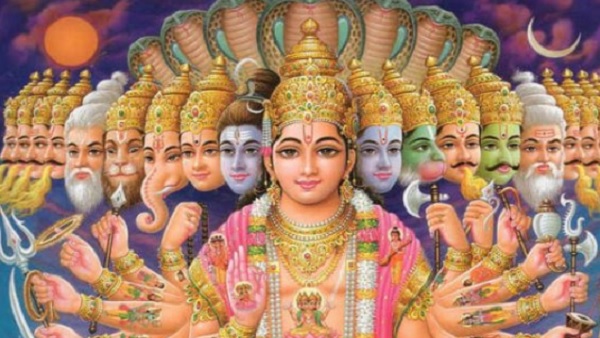 New Delhi, 26 April, The Ekadashi of Krishna Paksha of Vaishakh month is called Varuthini Ekadashi. This Ekadashi holds special significance for people taking Vaishakh bath. Worshiping Lord Vishnu on this day according to law gives success in all works. While expounding the importance of this Ekadashi in Padma Purana, it has been said that the person who observes the fast of Varuthini Ekadashi with true faith and sexual determination, all his desires are fulfilled. If young men and women observe this fast with the desire of marriage, then they get a suitable life partner. Financial troubles are removed and the stores of the house are filled with money and food. This time Varuthini Ekadashi is coming on 26th April 2022, Tuesday.

The method of fasting on this Ekadashi is similar to that of all Ekadashis, but on this Ekadashi, the Varaha form of Lord Vishnu is meditated and worshipped. Also, melon is taken as a fruit food. Varuthini Ekadashi will remain till 12.50 pm on 26th April. On this day there is Shatabhisha Nakshatra and Brahma Yoga. Therefore worshiping Vishnu in Brahma Yoga will be meaningful and fruitful. The fasting will be done on 27th April from 6.41 am to 8.32 am.

According to the legend, once upon a time there was a kingdom on the banks of Narmada which was ruled by King Mandhata. The king was very pious and the fame of his philanthropy was spread far and wide. He was an exclusive worshiper of Lord Vishnu. Once the king went to the forest for penance and got absorbed in austerity by taking a seat under a huge tree. At the same time a huge wild bear attacked them and started chewing the king’s feet by pressing them in his jaws. Being in penance, Mandhata sat patiently. When the bear started dragging them away, the king, following the ascetic religion, did not get angry and requested Lord Vishnu to protect him from this crisis. Pleased with the king’s penance, Lord Vishnu immediately appeared and killed the bear with his Sudarshan Chakra, but by then the bear had almost completely chewed the king’s leg. The king was very sad and was in pain. Lord Vishnu said that Vatsa should not be disturbed, worshiping my Varaha form on the Ekadashi of Krishna Paksha of Vaishakh month. By the glory of the fast you will again become fit and full of limbs. Whatever the bear did to you is the result of the sin of your previous birth. By observing this Ekadashi fast, you will also get freedom from all the sins of previous births. Mandhata fasted and he became as healthy as before. Due to the glory of the fast, the fame of the king also spread all around and his kingdom became a prosperous state.

Shanishchari Amavasya 2022: What to do for Shani’s peace?

Laxmi Mantra: On Friday, Goddess Lakshmi will be pleased with these mantras, progress will be made