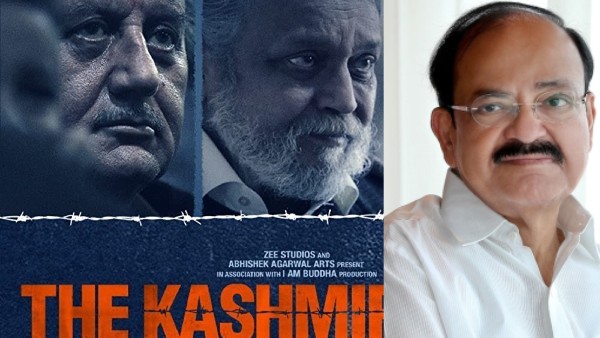 Vivek Ranjan Agnihotri’s ‘The Kashmir Files‘, is now showing its impact all over the world. The film has been receiving critical acclaim not only from the film fraternity but also from resounding political personalities. Another big name has been included in this and that is the Vice President of India, Shri Venkaiah Naidu, who should appear in support of the film and speak in its praise. A film like ‘The Kashmir Files’ is a phenomenon that is rarely experienced. The film marks a change and has now become the voice of millions.

However, there are still some people who are finding it difficult to digest the facts presented in the film. But, it is almost impossible that anyone can stop the film from making an impact and coming in the public eye. In such a situation, the kind of support it is getting from people and well-known personalities of the world,

It has proved that the film has successfully completed its journey of impacting the entire society. Apart from making it tax free in the states of the country, the film has received a lot of support from celebrities like Akshay Kumar, Kangana Ranaut, Aamir Khan, R Madhavan, Paresh Rawal among many more.

The film achieved greater heights when the team of the film reached to meet the Honorable Prime Minister of India, Shri Narendra Modi and the CM of Uttar Pradesh, Yogi Adityanath. Now another big name has been added to this list when the Vice President of India Shri Venkaiah Naidu spoke his liberal words in favor of the film. He said – “The public will take it positively, we have seen the documentation of the film ‘The Kashmir Files’.

There is tremendous enthusiasm among people about this and it has nothing to do with politics. Unfortunately, in our country, people have a tendency to make everything controversial and also try to give it a political color. What is political colour, it is factual, real and literal. Why should there be politics in the things being presented to the people?

Fantastic Beasts: The Secrets of Dumbledore Early Reaction: Fans Call It The Best Of The Prequel Franchise