Vicky Kaushal sweats it out in the gym after a night out dinner with Katrina and family, posts gym selfie
Advertisement 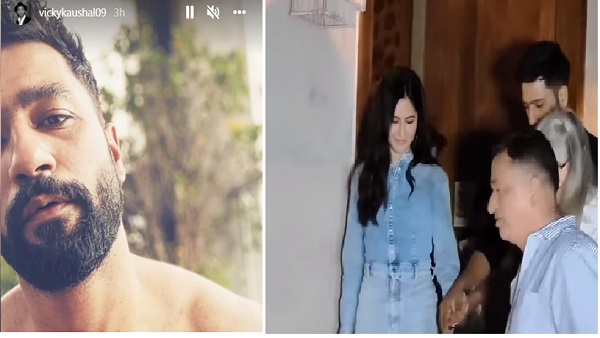 Vicky Kaushal’s gym selfie shows half his face. Posting this photo, Vicky wrote in the caption, ‘Sweating’. This caption of Vicky shows that he reached the gym the next day after the night out dinner. The post also includes a portion of Tegi Pannu and Manny Sandhu’s fully loaded song.

Vicky and Kat were spotted at night out dinner

Let us tell you that after celebrating the first Holi after marriage, Vicky Kaushal and his family went on a night out. Katrina was also with Vicky. Coming out of the hotel, Vicky and his family posed for a lot of photos to the media. Photos and videos of Vicky and Kat’s night out are going viral on social media. In these clips, Vicky and Katrina were seen walking hand in hand. Katrina’s mother-in-law Veena Kaushal is also seen in these videos, who is seen helping Katrina. Vicky himself has shared many videos from his Instagram account.

This couple is very active on social media after marriage.

Did the Censor Board pass ‘The Kashmir Files’ without any cuts, Vivek Agnihotri replied