Video: Many stars including Aamir, Ranbir, Alia, Kareena came to welcome Rishi Kapoor on screen for the last time
Advertisement 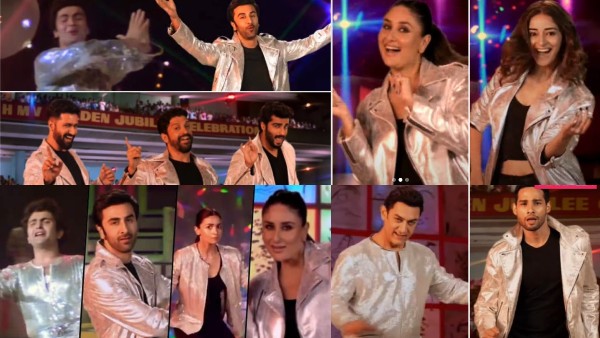 During Rishi Kapoor’s treatment, the entire Kapoor family stood together in this difficult time. Shortly before the treatment, Rishi Kapoor lost his sister Ritu Nanda to cancer. After this the news of Rishi Kapoor being diagnosed with cancer was unbearable for the Kapoor family. But everyone faced this tough test with a smile on their face.

the joy of being cancer free

After becoming cancer free, Rishi Kapoor gave a heartfelt interview in which he expressed happiness about his recovery and told that now his battery is fully charged and he is ready to return to films. Earlier, Neetu Kapoor had told in an interview that when Rishi Kapoor was undergoing treatment, his biggest fear was that he would forget to act.

After recovery, Rishi Kapoor signed two films, the first one being Sharma Ji Namkeen for Farhan Akhtar’s Excel Entertainment, the shooting of which started immediately. The second film was the Hindi remake of The Intern with Deepika Padukone. While Rishi Kapoor had completed a lot of shooting for Sharma ji, The Intern remake could not go on floors due to Corona.

salute to the last movie

Sharmaji Namkeen is the last film of Rishi Kapoor’s career spanning 50 years. The film is releasing on 31st March on Amazon Prime Video and the audience is very excited to see it. Equally excited are Bollywood stars who have openly given their tribute to Rishi Kapoor’s last film in this video.