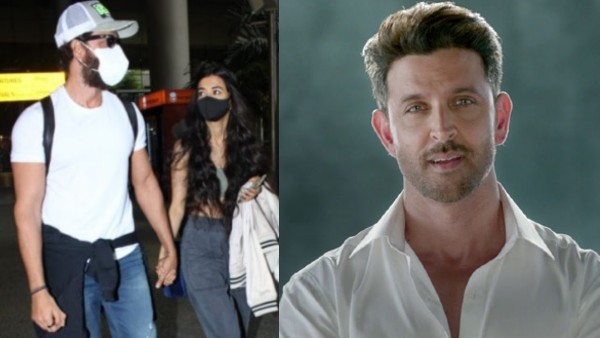 did not give up

Saba and Hrithik were first seen together in a restaurant in Mumbai. After this the news of their affair came out, but now it seems that both the stars are confirming their relationship on their own. Recently, when Hrithik was spotted at the Mumbai airport, he was holding Saba Azad’s hand. Media personnel were making videos standing in front of them, but both did not leave each other’s hand.

such was the meeting

According to sources, Hrithik and Saba first met through a common friend. After that they came in contact with each other. Although no one knew anything about this relationship, but when the two were seen having dinner together in a restaurant in Mumbai, the discussion of their relationship gained momentum.

Hrithik’s fans seem happy about the new relation of their favorite star. One person wrote on social media that this couple looks very cute. Although some people started trolling the actor for this. One person wrote that Saba looks like Hrithik’s daughter.

Let us tell you that Hrithik married Sussanne in 2000. The two were together for 14 years, after which they decided to separate in 2014. Hrithik Sussanne’s divorce is one of the costliest divorces in Bollywood, as the actor had to pay Rs 380 crore for it.

‘I was confident that one day I would become a hero’, the insistence of the bus driver’s son made KGF’s Rocky a superstar