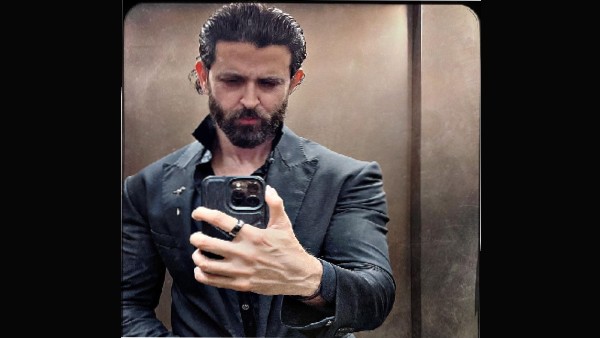 Hrithik Roshan, who arrived at Karan Johar’s 50th birthday party wearing a suit boot, has been doing the rounds in which the actor actually looks like the Greek God of India. Apart from the drop dead gorgeous image, his fans were even more curious as here he revealed how this will be his last post for Vikram Vedha with a grown beard. Whatever Hrithik Roshan does, he does it in style.

Earlier this year, the superstar revealed his look in the much-awaited ‘Vikram Vedha’ and hit the internet. The superstar made a sexy comeback with his beard-mustache look, which only he can carry with style like this.

So while sharing the picture on his social media, Hrithik wrote in the caption “Last night. Last post with a beard.” Interestingly, Hrithik Roshan’s look in ‘Vikram Vedha’ is much different from his earlier look. Is different,

And with this recent post, the superstar has indicated that the film is nearing completion as he has bid adieu to his look that has made everyone go crazy in the digital world!

At this time Hrithik Roshan is in discussion about his love life along with many great projects. Fans are waiting for some kind of official announcement.

Will the name of Akshay Kumar’s film Prithviraj not change? Karni Sena had protested!

Nick Jonas On Welcoming Daughter Malti Marie: It’s Been A Magical Season In Our Life