Virat shared a cute selfie with Anushka, something special was seen in the background of the picture
Advertisement 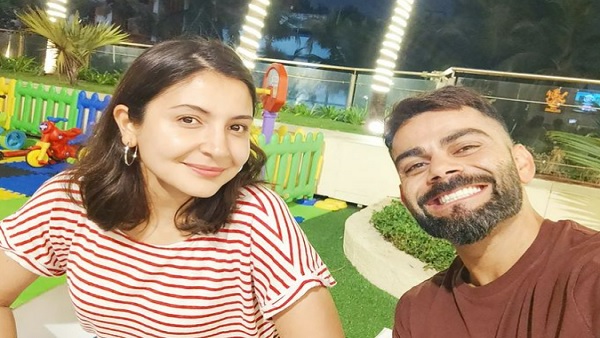 Also read: Check out the top hot anchors of IPL

Talking about the work front, these days Anushka Sharma is working with Indian female cricketer Jhulan Goswami. Biopic ‘Chakda Express’ Because of which are in discussion. Let us tell you that ever since Anushka got married, she was away from films but now she is ready to make a comeback with a bang. Recently, Anushka Sharma has shared a video on her Instagram account, in which she was seen doing exercises ranging from bowling to batting. So there Virat Kohli is busy with Royal Challengers Bangalore in IPL.

let you know IPL 2022 The third match of the match was between Punjab Kings XI and Royal Challengers Bangalore, although RCB lost in this match but Kohli’s batting won everyone’s heart. He scored 41 runs in just 29 balls. In which he hit one four and two sixes. It is worth noting that the next match of Royal Challengers Bangalore will be played on March 30 with Kolkata Knight Riders at the DY Patil Stadium in Mumbai from 7:30 pm.

Delhi Police opposes Sushil Kumar’s bail, it is a matter of protection of witnesses

IPL 2022: What KKR did to Kuldeep Yadav, Mohammad Kaif revealed