Virender Sehwag said - its price is less, he should get 14-15 crores
Advertisement 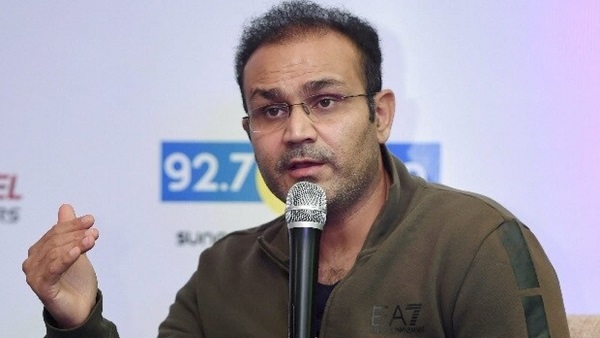 What Sehwag said on Harshal Patel

Former India cricketer Virender Sehwag spoke at length about Harshal Patel’s impressive performance in the Eliminator and said that the bowler deserves to receive Rs 14-15 crore in IPL. “We always talk about how Rahul Tewatia does justice to his 10 crore tag as he won matches for his team (Gujarat Titans),” Sehwag said on Cricbuzz.

Virender Sehwag further said, ‘Harshal’s price tag is still very low, the way he has bowled for Bangalore. He has saved matches for the team, so I think the price of Rs 10.75 for him is also less. He should get 14-15 crores.

‘Maybe RCB can give him a bonus’

“He is bowling in tough times, he is getting wickets and saving matches,” Sehwag said. Sometimes he sets the mood for the game when he bowls the opening over, concedes fewer runs and takes wickets. So, I think he also deserves to be in the 14-15 crore category. Now, he has qualified for Qualifier 2, and maybe RCB can give him a bonus.

RCB will take on Qualifier 2

Let us tell you that Royal Challengers Bangalore will play Qualifier 2 against Rajasthan Royals in Ahmedabad on 27 May. The winner of the game will face Gujarat Titans in the final of the 2022 edition of the tournament at the same venue (Narendra Modi Stadium).

Before the second qualifier of IPL, Rajasthan suffered a big setback, leaving the tournament and returned back