War of words between BJP and AAP ahead of Delhi MCD elections, Kapil Mishra's challenge on CM Kejriwal's claim
Advertisement 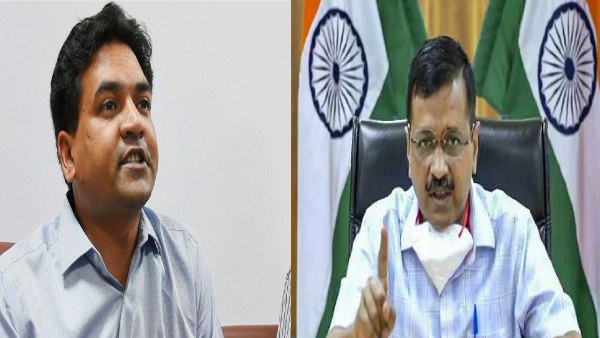 New Delhi, 28 March. The leaders of BJP and Aam Aadmi Party have come face to face just before the Delhi MCD Elections 2022. The war of words between the leaders of both the parties has intensified for the development of Delhi. Delhi CM and Aam Aadmi Party national convener Arvind Kejriwal claimed that his government created jobs for 12 lakh youth. On the other hand, BJP leader Kapil Mishra has called this claim of CM Kejriwal as false. Referring to an RTI reply, he said that how can a leader lie so much?

Earlier, Union Minister Smriti Irani had accused Delhi CM Arvind Kejriwal of withholding crores of rupees of corporations (Delhi MCD) for seven years. There was a sharp reaction from the Aam Aadmi Party on this. Delhi Deputy CM Manish Sisodia had said that the Union Minister should stop crying like Congressmen. As many days are left, the work of the Municipal Corporation should be run with courage. Such rhetoric is coming out ahead of Delhi MCD elections 2022.

Taking a jibe at CM Kejriwal’s statement, BJP leader Kapil Mishra has said that in response to an RTI filed by leader Tajinder Pal Singh Bagga, the government has revealed that only 3,246 jobs were created in Delhi in the last seven years. . How can someone lie so much? I challenge Kejriwal and Manish Sisodia to prove it. He said that the data being given to you on behalf of you for jobs is wrong.

BJP leader Kapil Mishra, who was a minister in the AAP government, challenged CM Kejriwal’s data about 12 lakh job giving. He said that ‘I will request Kejriwal to make public the names and details of 12 lakh people who got jobs in AAP’s government. Mishra further said that if it turns out to be true then I would personally congratulate him at a function at Ramlila Maidan. This claim was made by Kapil Mishra citing data shared in an RTI reply. The BJP leader said that there was no limit to the lies of this government.