Warner taught a lesson to SRH by changing the color of the jersey, also took a selfie with Williamson on the go
Advertisement 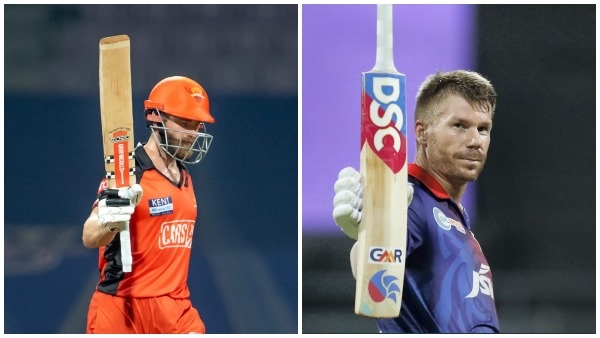 Warner scored an unbeaten 92 and was also given the man of the match. Warner is a player like Virat Kohli who doesn’t believe in hiding facial expressions. When Warner met old teammate Kane Williamson, he also took a selfie. If Warner looked friendly during this, Kane Williamson did not have much expression on his face. For once it even seemed as if Williamson wanted to escape but Warner talked to him and the fans liked seeing the two friends together.

Williamson was made captain by replacing Warner

Sunrisers Hyderabad appointed Kane Williamson as their captain in the midst of the humiliating departure of David Warner last season. Hyderabad had a very poor start to this season and they lost two matches but then started coming on top by winning five matches in a row. But now again this team’s car has slipped from the track and the team is slowly getting out of the race for the playoffs.

This innings is praised everywhere

As far as Warner’s innings is concerned, it has been praised everywhere. It was a guaranteed century but Warner relied on the ability of strongman Rovman Powell in the final overs and it worked. Pant has said that Warner has played one of the best innings for Delhi Capitals so far.

Kane Williamson said that Warner was tremendous. After the match, Warner also did not show any bitterness towards the old team. Only said that everyone knows what has happened in the past. I don’t need any extra motivation to protest against SRH. Obviously these are things done in a professional manner.

But where do the fans believe? He has celebrated the misery of the Hyderabad team by Warner. Now the team of Delhi Capitals has started rising again in the points table after winning 5 out of 10 matches as they have better run rate than the franchises of Hyderabad and Punjab.

Asian Games 2022 postponed, decision had to be taken due to Kovid – report