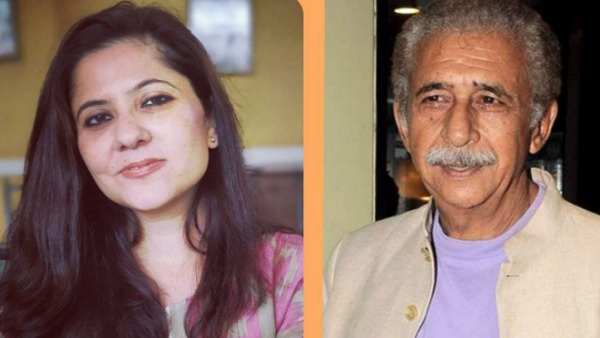 ‘He is talented, smart, honest and kind’

Saira Shah Haleem
has shared a video of actor Naseeruddin Shah on Twitter, in which he has said that “I am not associated with any political party nor am I saying this at the behest of any electoral party. I am personally supporting Saira Shah as she is my niece. She is my brother’s daughter. I have known him since childhood, although I did not get much time to be with him, but I do know that he is talented, smart, honest and kind.”

She further said that “I have always seen her helping people and doing social work. She and her husband help the people of the society.

dialysis clinic
are driving. I would like to tell the people of Ballygunge assembly seat that they have found honest, caring and fighting for their rights after a long time, I appeal to the people to vote in huge numbers for Saira Shah Haleem, AAP Everyone must think once before casting their vote that who will stand for them?

Shah further said that ‘there should not be any candidate who has come from another place just to get the chair’. know that their

Babul Supriyo
Whom Trinamool has made its candidate from Ballygunge assembly seat.

Saira Shah is a poet, social activist and educator.

It is worth noting that the Communist Party of India (Marxist) candidate Saira Shah is a poet, social activist and educator. that of the army

Dr. Fuad Halim
Is. It was Saira Shah who campaigned against the National Register of Citizens (NRC) and the Citizenship Amendment Act (CAA).

Like Naseeruddin Shah, his wife Ratna Pathak Shah has also sought votes for Saira Shah Haleem. She also shared a video on Twitter saying “Saira Haleem is the future. Vote for her, I hope we can help bring a change in the lives of the youth of the country by bringing her to power”.

‘Benefit of dowry, even ugly girls get married’, uproar over the syllabus of nursing students

Shatrughan Sinha’s attack on the Center over the rising prices of petrol and diesel, said- Modi government has become dictator