Weather: Relief from heat for the next 5 days in Delhi, heat will not work, know the weather condition of other states
Advertisement 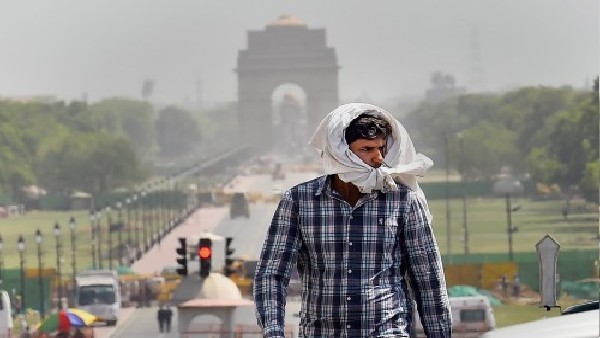 Weather will be pleasant in Delhi

Earlier this week, rain and thundershowers lashed Delhi on Monday, bringing down the day temperature significantly with wind speeds reaching 60 km/h. The rains gave Delhi considerable respite from heatwave, with the temperature crossing 49 degrees Celsius in at least two parts of the city.

Met officials said that the rains on Monday and Tuesday were the result of an active Western Disturbance (WD) over the region. The maximum temperature at five of Delhi’s 11 weather stations crossed 40 degrees Celsius on Friday.

Will prevail in Delhi for next 2 days

IMD scientist RK Jenamani said that the capital will be partly cloudy in the next two days. He said that the temperature is not expected to rise significantly in the coming days due to rain in the neighboring areas of Delhi like South Haryana and parts of Uttar Pradesh.

IMD scientist RK Jenamani said, “The temperature will remain below 40 degrees Celsius as Nuh and Gurugram in south Haryana and parts of Uttar Pradesh received rain on Friday. Heat wave conditions are not expected for the next five days. Overall, May has been a good month.

How will the weather be in the rest of the country

It may rain in Bihar, Jharkhand, Uttar Pradesh

According to the Meteorological Department, light rain is possible in isolated parts of Bihar, Jharkhand, Odisha, Chhattisgarh, Uttar Pradesh, East Madhya Pradesh and Telangana and Andhra Pradesh. Dust storm and thundershowers are very likely to occur over parts of Northeast Rajasthan, Delhi and Haryana in Uttar Pradesh.

Punishment or posting…, what are the rest of the officers saying on the transfer of the IAS couple who walk the dog

‘Death and rape threats to me and my family…’, why BJP leader Nupur Sharma’s life is in danger