Weather Updates: Due to Cyclone 'Asani', heavy rains are expected in many states but Delhi's mercury will rise
Advertisement 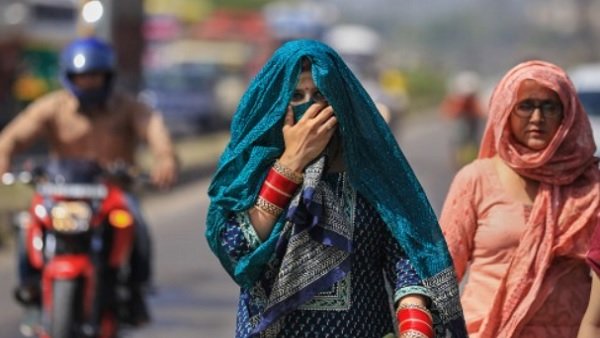 According to the latest update of IMD, there are chances of heavy rain and storm in the above states for the next two-three days from today and for this reason the department has issued an alert. To deal with the cyclone, the Odisha government has deployed 17 teams of NDRF and 20 teams of ODRAF in 18 districts.

High waves will rise in the sea

Let us tell you that at the time when the storm hits the Odisha coast, there will be high waves in the sea and during this time winds of up to 75 km / h will blow and due to this the fishermen have been prevented from going into the sea.

Fear of heat wave in Delhi

On the one hand, while an alert has been issued for cyclone in Odisha and adjoining areas, on the other hand, the capital Delhi is expected to get hot once again from today. Meteorological Department has announced that from today Fear of heat wave in Delhi And now once again Delhi, Punjab, Haryana, MP ‘loo’ Will be in the grip of heat wave and in the coming two-three days, the mercury can even go up to 44 degrees in these states. The Meteorological Department has asked everyone to be health conscious.

On the other hand, private weather agency Skymet has said that during the next 24 hours due to Cyclone ‘Asani’, Andaman-Nicobar Islands, Gangetic West Bengal, Coastal Odisha, Coastal Andhra Pradesh, Manipur, Mizoram, Tripura, Meghalaya, Heavy rain is very likely over Nagaland and isolated to isolated parts of Assam, Arunachal Pradesh, Sub-Himalayan West Bengal, Bihar, Jharkhand, Interior Odisha, Kerala, South Karnataka, Rayalaseema and Tamil Nadu. During this time the wind speed can reach 90-100 kmph to 110 kmph. While there is a possibility of heat wave in isolated parts of Delhi, Vidarbha, West Madhya Pradesh, West Rajasthan and Saurashtra.