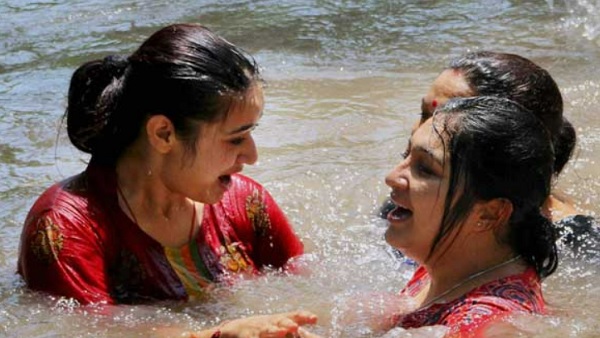 People are facing the June heat in March itself. In Tajnagri Agra, the mercury reached 42 degrees on Wednesday, while the heat here has set a record yesterday. Agra has never been so hot in the month of March, although Agra remained the second hot city in the state in terms of heat as Jhansi was the hottest in UP yesterday, where the mercury reached 42.1 degrees Celsius.

The condition of UP is similar to that of Rajasthan. Rajasthan, the land of heroes, is already spewing sholay. The temperature has reached above 40 degree Celsius in almost all the districts of the state. So while in Churu yesterday, the mercury has crossed 43 degrees. The Meteorological Department has issued a heat wave alert in the state. In the coming days also, the condition of heat in Rajasthan is going to remain the same. Strong hot winds are expected in Dungarpur, Jhunjhunu, Sikar, Tonk, Kota, Bundi, Jaipur, Dholpur, Karauli.

Warning of ‘heat wave’ going on on April 1

Along with Rajasthan, there is a possibility of heat wave in Delhi, Madhya Pradesh, Jharkhand and Gujarat, so an alert has been issued here. Whereas in Uttar Pradesh, Odisha, West Bengal, a ‘heat wave’ warning has been given on April 1. While some cities of Bihar are expected to receive light rain today. Whereas in Gujarat, the mercury has reached 40 degrees at some places.

What is ‘loo’? Know its symptoms and ways to avoid

Traveling on National Highway will be expensive from April 1, NHAI hikes toll tax by 10 to 15 percent