Pre Monsoon rain may occur at many places

The IMD has said that from Thursday in Pune, Ratnagiri, Sindhudurg, Satara, Kolhapur, Sangli, Nanded, Latur, Osmanabad, Amravati, Akola, Buldhana, Chandrapur, Gadchiroli, Gondia, Nagpur, Wardha, Washim, Yavatmal, Parbhani and Hingoli. It will rain till Saturday, which will be the first pre-monsoon rain in the state this year, which will bring relief from the heat to the people suffering from heat wave conditions. so in these places

Alert issued
has been done.

What is ‘loo’? Know its symptoms and ways to avoid 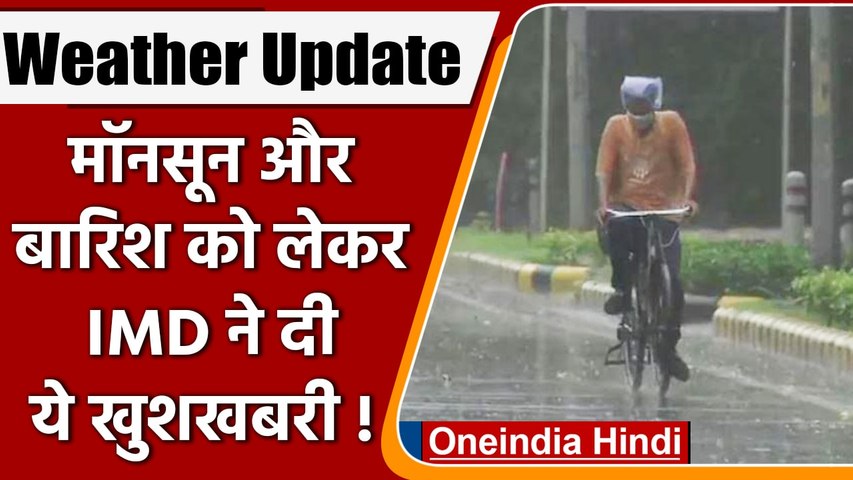 While there is a possibility of light to moderate rain over Northeast India, interior parts of Tamil Nadu and Kerala during the next 24 hours, while Pre-Monsoon rains are also possible over southern parts of Madhya Pradesh, Maharashtra, Telangana, Interior Karnataka and Andhra Pradesh. .

wind speed will be fast

So, during the next 24 hours, the speed of heat wave is likely to increase over Gujarat, Chhattisgarh, Jharkhand, while Assam-Tripura and Meghalaya may receive light to moderate rain, while Arunachal Pradesh, Sub-Himalayan West Bengal may also receive clouds, when If it rains in these places, then strong winds will also blow. At that time the wind speed can remain between 40-50 kmph to 60 kmph.

Monsoon will be better than normal

By the way, let us tell you that meteorologists believe that this time monsoon 2022 is going to be better than normal. The IMD has said that the monsoon rains will be favorable for the farmers as well as the crops of the farmers will be greatly benefited and overall this time the rainfall is expected to be above normal.