What did Hardik Patel say to Congress, and what did he say
Advertisement 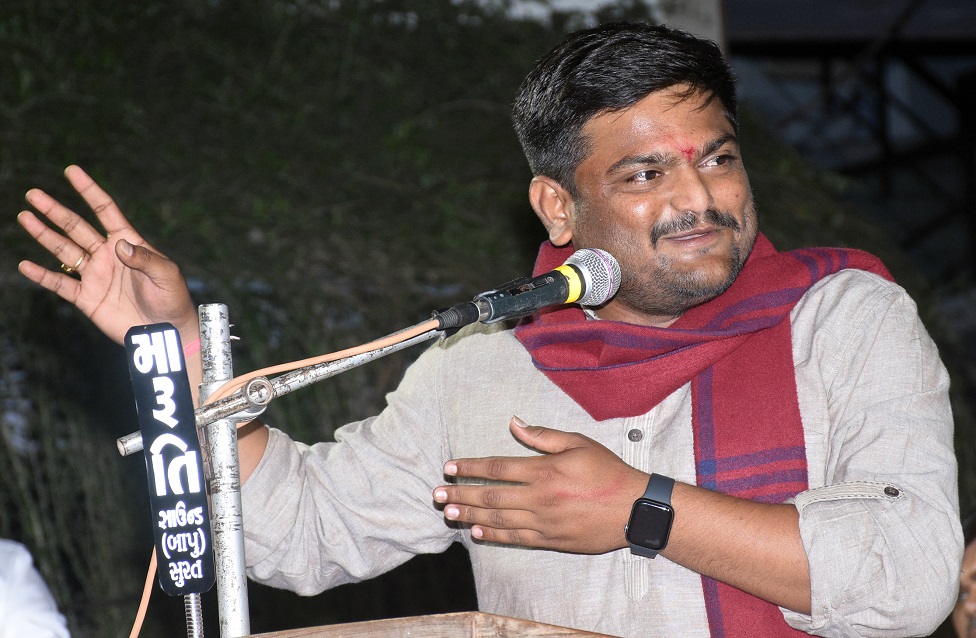 Hardik Patel, who emerged from the Patidar movement in Gujarat, on Wednesday resigned from the post of working president of the Pradesh Congress Committee and the primary membership of the party.

Hardik Patel had joined Congress in the year 2019. Before leaving the party, 28-year-old Patel posted a letter to Congress President Sonia Gandhi on Twitter.

He tweeted, “Today I courageously resign from the post of Congress party and the primary membership of the party. I am sure that my decision will be welcomed by all my colleagues and the people of Gujarat. I believe that after my move I will be able to work really positively for Gujarat in future.”

In his resignation letter, Hardik Patel has made many allegations against the Congress and has also raised questions on the leadership.

He wrote that “the Congress party has been reduced to the politics of protest only, while the people of the country need an alternative, not protest, which thinks about their future.”

what is said in the resignation

Hardik Patel wrote in the letter, without naming anyone, “Lack of seriousness towards any issue in the top leadership of the Congress party is a big issue. He was on his mobile and other things more than listening to the problems of the people and the party. Our leaders were abroad whenever the country was in trouble or the Congress needed leadership the most.

In this letter addressed to Sonia Gandhi, Patel has claimed that despite many efforts to take the Congress forward in the right direction, the party has been continuously working against the country and society.

“Therefore, I would like to draw your attention to some major issues. If you think about their future, have the ability to take the country forward. Be it the Ram temple in Ayodhya, the issue of CA-NRC, the removal of Article 370 from Jammu and Kashmir or the decision to implement GST, the country will be long Wanted their solution in time and the Congress party only kept working to become a hindrance in it.”

Hardik Patel was angry with the Congress party for a long time. In the month of April also, he had commented on the Congress.

He had openly expressed dissatisfaction with the Congress leadership. On some occasions, he has also been heard praising the BJP.

Hardik Patel had said that his condition is like that of a new groom in the party, who has been sterilized.

Accusing the party of being neglected, Hardik Patel had said, “I am not invited to any meeting of the Pradesh Congress Committee, they do not consult with me before taking any decision, then what is the meaning of this post. “

Hardik Patel said, “Recently they (Congress) announced the names of 75 new general secretaries and 25 new vice-presidents in the state. Did they ask me even once, Hardik Bhai, do you think any strong leader is missing from this list? “

Responding to Hardik Patel leaving the party, Congress MP Shaktisinh Gohil has said that it is not the allegations of those who have left the Congress. BJP has written all this. It is read only.

Journey from unemployed youth to leader

Hardik Patel, who shook Prime Minister Narendra Modi’s BJP and Gujarat with his strong protests demanding reservation for Patidars, came into the limelight in 2015.

Then BJP used to call Hardik Patel an agent of Congress. Another allegation against him was that he used the sentiments of the Patidars for his political ambitions.

Hardik Patel, who hails from Viramgam, is facing legal action in a case of vandalism at the office of Mehsana MLA.

On joining Congress, Hardik Patel had said, “If I have joined Congress, then I am being called a traitor. At the same time, if I had joined BJP, I would have been established as a big leader.”

Patel was given the responsibility of the President of the State Congress Party in the month of July 2020.

But his displeasure with the party leadership became clear when in an interview to Gujarati newspaper Divya Bhaskar in April this year, he praised the BJP for abolishing Article 370 in Jammu and Kashmir and construction of Ram temple in Ayodhya and said that He is proud to be a Hindu.

Heavy rain expected in Karnataka, alert issued for two days, know what the head of the Meteorological Department said?

What did Owaisi say on Hardik Patel leaving Congress just before Gujarat elections?