What did Saba Azad say on the relationship with Hrithik Roshan?
Advertisement 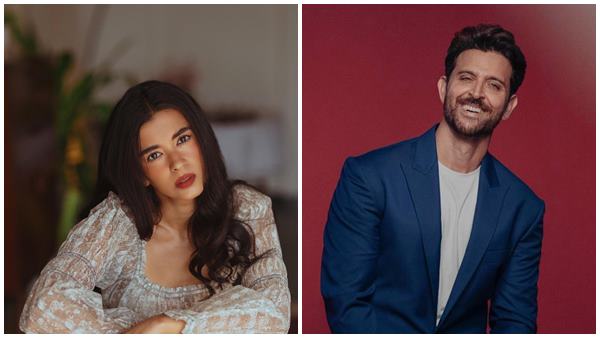 Bollywood actor Hrithik Roshan is always under the scanner for his roomy girlfriend Saba Azad. But now Saba Azad herself has also revealed her relationship with her upcoming project on social media. Hrithik’s family members have also congratulated him on this project.

According to reports, Hrithik Roshan and his roomy girlfriend Saba Azad are dating each other. Amidst the rumors of this dating, now Saba Azad has confirmed it with her social media account. On Thursday, Saba took to her Instagram handle to reveal about her upcoming project, Minimum. Hrithik Roshan has also reacted to this.

Hrithik-Saba are dating each other

Actually, while sharing the picture, Saba wrote that, ‘My next film is with all of them. Apart from this, she has also tagged many people in it. This film will be shot in Belgium. It is produced by Shiladitya Bora and Radhika Lavu together. Will go on floors in June 2022. It will be an international drama. Hrithik commented on this and wrote, ‘You’re Gonna Kill Thisl’. After which, replying to this comment of Hrithik Roshan, he wrote that, ‘Finger crossed mon amoral’ mon amor is called my love in English.

Apart from Hrithik Roshan on this post of Saba, his family members also reacted and congratulated him. Talking about the upcoming film, Romana Moula will direct this film, while in the minimum, besides Saba, Geetanjali Kulkarni and Namit Das will also be there.

‘Open the secret rooms of the Taj Mahal and tell what is in it’, this actor’s demand amidst the controversy