What did Sanjay Raut say about the demand for banning the film 'The Kashmir Files'?
Advertisement 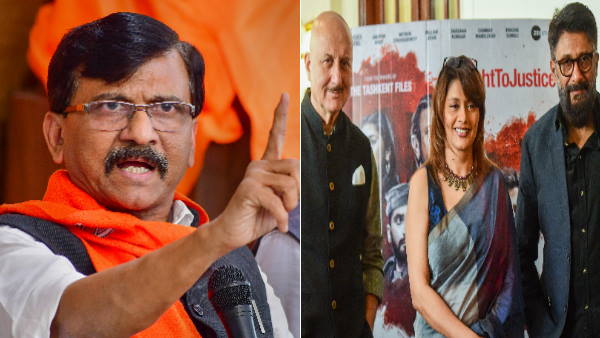 ‘By the time elections come, this film will be gone’

Let us tell you that the film ‘The Kashmir Files’, directed by famous director Vivek Agnihotri, was released on March 11 and so far this film has earned Rs 141 crore in 9 days. On Saturday alone, the film earned around Rs 25 crore. Looking at these figures, it can be said that today ie Sunday itself, the earnings of The Kashmir Files will cross Rs 150 crore and this film will be included in the list of films earning 200 crores very soon.

Film became tax free in many states including UP

Significantly, ‘The Kashmir Files’ is made about the exodus of Kashmiri Pandits living in the Kashmir Valley in the 1990s. The film stars actors Anupam Kher, Mithun Chakraborty, Darshan Kumar and actress Pallavi Joshi in lead roles. The Kashmir Files has also been made tax free in many states like Uttar Pradesh, Tripura, Goa, Haryana and Uttarakhand, due to which the film is continuously making new records. At the same time, recently Prime Minister Narendra Modi praised The Kashmir Files and said that everyone should see this film.

The officer said to Rajasthan minister Mamta Bhupesh, gave 3 lakh rupees, then got this posting….know the whole matter