What is going on with the Patidars ahead of the Gujarat elections? Learn
Advertisement 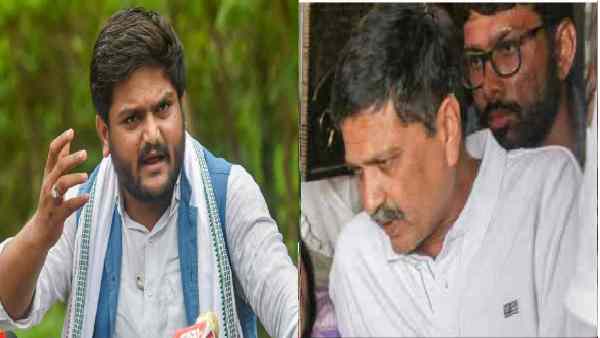 When election strategist Prashant Kishor met the Congress leadership on Saturday, the entry of the influential Leua Patel (Patidar) leader of Gujarat Naresh Patel into the party was also prominent on his agenda. There is a discussion that Prashant is making a deal to take both himself and Patel together in Congress, One India has already given a report about it. In Gujarat, a total of five people from the Patidar community have become chief ministers, out of which four have been Leua Patel. Be it BJP or Congress or Aam Aadmi Party in the state, all the parties are running after this society because Patidars have influence in more than 60 seats out of 182 assembly seats in the state.

Hardik has taken out anger on the Congress leadership

For the last few years, the Congress has been trying to increase its influence among the Patidars. Making Hardik Patel the working president of the state is also a part of the same strategy. But, the attempt to bring in the influential Patidar leader Naresh Patel of Khodaldham Trust has angered Hardik somewhere. The BJP had suffered a lot last time because of Hardik who came out of the Patidar movement. But, where Naresh is Leua Patel, there is Hardik Kadva Patel. Recently, Hardik has been so angry at the party leadership that ‘his condition is like that of a new groom who has been sterilized.’ He had also said that ‘in 2017 you used Hardik, in 2022 want to do Naresh Bhai and in 2027 will use another Patidar leader’. For this reason, the Aam Aadmi Party, which has earlier tried to tie knots on Naresh Patel, is engaged in impressing Hardik.

BJP also trying to get full support of Patidars

In the 2017 assembly elections, the Bharatiya Janata Party was reduced to just 99 seats and it is fully aware of this. Because, because of Hardik Patel, a large section of Patidars had gone with the Congress in the last elections and BJP does not want to tolerate that blow again. Therefore, the BJP is also not sitting silent. It’s been three decades. The then Congress chief minister Madhav Singh Solanki made an attempt to combine Kshatriya-Dalit-Adivasi and Muslims for power, after which the Patidars raised the BJP flag and they generally stood by it in every subsequent election. Huh. But, after the Patidar agitation, the party’s troubles have definitely increased.

BJP has made CM Bhupendra Patel the face

In the last five years, the strength of Congress MLAs in Gujarat has come down from 77 to just 65. A party leader had recently alleged that the ruling party was trying to rope in 10 more MLAs. On the other hand, BJP has also got a lesson from 2017 and it does not want to allow Patidar community to go towards Congress again in any future. Last year, BJP made Patidar leader Bhupendrabhai Patel the chief minister in place of Vijay Rupani for the same reason. The state government had announced the withdrawal of 10 cases related to the 2015 Patidar agitation after Patidar Anamat Andolan Samiti threatened to launch protests again.

On 10th April, Prime Minister Narendra Modi addressed the foundation day celebrations of Umiya Mata Temple (this is the Kuldevi of Kadwa Patidars). On April 19 and 20, PM Modi is coming to Gujarat again and is going to address many programs. The PM has taken over the front of Gujarat since the UP elections. Political analyst Rasheed Kidwai has said, “The smart thing in Gujarat politics is to keep a Patidar with you (at least not to oppose you).” It is a big challenge because it is the home state of both PM Modi and Home Minister Amit Shah and they will leave no stone unturned to make BJP win. ,

Mumbai Money Laundering: Cabinet Minister Nawab Malik gets another blow from the court, NCP leaders to remain in jail till April 22

Assembly elections will be held in Himachal this year, Congress apprehensive about the increasing steps of ‘AAP’ here