What is the requirement, salary and essential qualification of 1 lakh drone pilot? Scindia himself told
Advertisement 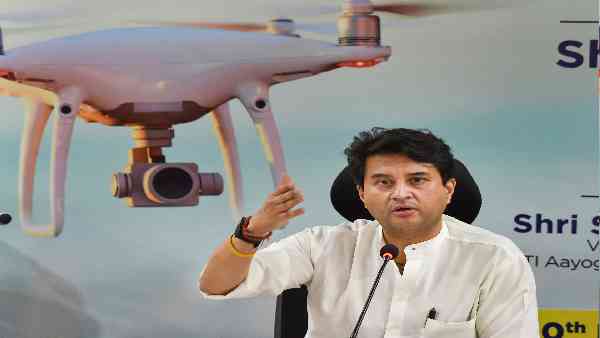 Civil Aviation Minister Jyotiraditya Scindia on Tuesday talked about huge employment opportunities for the youth in the drone sector. He has said that 12 central ministries are engaged in efforts to boost indigenous demand for drone services. According to him, in the coming years, there will be a need for about 1 lakh drone pilots in India. He has said in a program of NITI Aayog, ‘We are moving ahead by taking the drone sector forward on three wheels. The first wheel is policy. You must have seen how fast we are implementing the policies. He says that the second wheel is to encourage this sector. According to him, there is a provision of Production-Linked Incentive (PLI) scheme in this direction, which will give more boost to manufacturing and service in the drone sector. The third wheel is to generate indigenous demand and 12 ministries are trying in this direction.

India has the potential to become a global drone hub by 2030: Scindia

Launching NITI Aayog’s Anubhav Studio in Delhi on Drones, the Union Minister said, “We have the potential to make India a Global Drone Hub by 2030. To take advantage of this technology, it is very important for us to promote the use of drones in various industrial and defense related sectors, as highlighted by the Honorable Prime Minister Narendra Modi in this direction. He has said, ‘We are actively working towards making drone services easily available. India will soon see a huge number of industries adopting drone innovation. Eventually this will lead to a revolution that will affect the lives of every citizen, thereby realizing the Prime Minister’s goal of a self-reliant India.

What is the qualification required for Drone Pilot?

According to the Union Minister, those who have 12th pass certificate, they can be trained as a drone pilot. No college degree is required for this. He says that in the coming years, we will need about 1 lakh drone pilots. That is, the youth have a huge employment opportunity. Scindia has also announced the launch of two drone competitions, which will be held in collaboration with NITI Aayog and the Ministry of Civil Aviation.

What is the salary of a drone pilot?

When there is talk of getting employment to 1 lakh youth, then after qualification the biggest question that arises is that how much salary will drone pilots get? PM Modi’s minister Jyotiraditya Scindia has said about this, ‘After taking two-three months of training, that person (young or girl) will do the job of a drone pilot, in which a monthly salary of about Rs 30,000 will be available.’ The two competitions the Minister has talked about are ‘Drone for Social Impact Competition’ and ‘Robotics Workshop and Competition’. The first competition will be to showcase their potential to the start-up communities and the second will be for Atal Tinkering Lab students to showcase their talent in innovation and problem solving.

Vacancy in Uttar Pradesh Electricity Department, will get strong salary, know how to apply