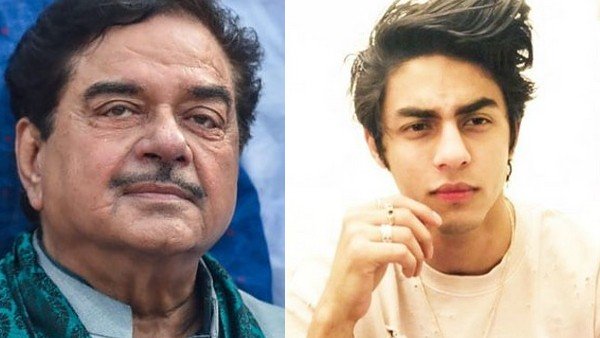 Recently there was news that Shahrukh Khan’s son Aryan Khan has got a clean chit in the drugs case and NCB has admitted that he was not involved in any kind of crime. After this, the reactions of many people came to the fore. At this time, a statement of actor Shatrughan Sinha is in discussion, which he has given about Aryan. Shatrughan Sinha speaks about Shah Rukh Khan’s son Aryan Khan getting clean chit from Narcotics Control Bureau.

He says, “Looks like my stand is right now. I supported not only Aryan but also Shahrukh Khan. He was paying the price of being ‘Shah Rukh Khan’.”

Significantly, last year, the child of Bollywood‘s biggest star, along with his friends, was detained in connection with drugs found on the cruise ship they were on. The entire city was buzzing with the news and Aryan got a clean chit months after his arrest.

During the investigation, he was kept in custody at Arthur Road Jail for about a month. This case had prompted the country to be divided. While some criticized Shahrukh’s child, many came in support of him.

This also includes Sinha, who has been vocal about the matter since its inception. Shahrukh Khan is busy with his films at the moment and Aryan Khan can also start it very soon. Let us tell you that after this case, he was trolled a lot and it was being said that Aryan’s career was over before it started.