What will be Delhi's challenge in IPL 2022, head coach Ricky Ponting revealed about the season
Advertisement 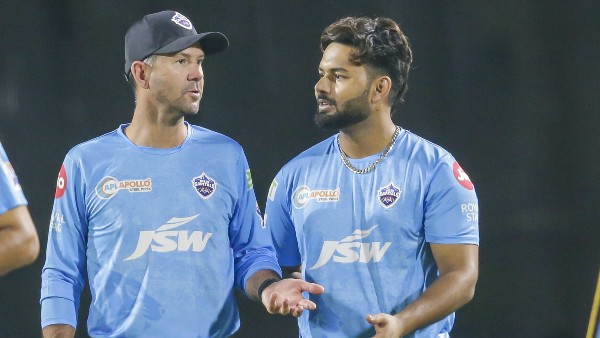 new Delhi. With just less than a week left for the 15th season of the Indian Premier League to begin and players of most teams reaching their respective biobubbles, they are spending the mandatory quarantine time. At the same time, the players who had become part of the team earlier are participating in the practice session. The list also includes the name of Delhi Capitals head coach Ricky Ponting, who has reached Mumbai with his team for the Tata IPL 2022.

Head coach Ricky Ponting, who attended the Delhi Capitals team had its first training session on Sunday. Due to the participation of 10 teams in IPL 2022, this time the players’ mega auction was done, due to which every team has seen a lot of changes and many new faces have joined the camp.

Many new faces are also appearing in the Delhi Capitals camp this time, talking about which the head coach said that the 15th season of the Indian Premier League is going to be very challenging for us and we will keep the players interacting with each other during the game planning itself. Working on improving chemistry.

He said, “At this point we should focus on preparing for the game. My first session with the players was very good. There was a lot of energy in the team, that’s what we were always expecting. I told the boys to get to know each other, get to know each other. I will have breakfast, lunch and dinner with all of them. When you show love to youngsters as a coach or senior player, you know they will try to do their best.”

The Australian legend and former captain continued his point by saying that a lot of old players who have been a part of the Delhi Capitals camp for quite some time now have the responsibility of guiding the new youngsters. Rishabh is the captain of the team, he will do well but Prithvi, Akshar and Nortje will also have to fulfill their roles and responsibilities in the team.

Significantly, the Tata IPL 2022 will start with the match between Chennai Super Kings and Kolkata Knight Riders on 26 March 2022. At the same time, Delhi Capitals have to play their first match with Mumbai Indians on March 27, 2022, which will be broadcast from 3 pm.

SA vs BAN: Bangladesh caught in Rabada’s claws, return to series after winning by 7 wickets