'Whatever happens, the country has to win the World Cup', after winning the IPL, Hardik Pandya's big words
Advertisement 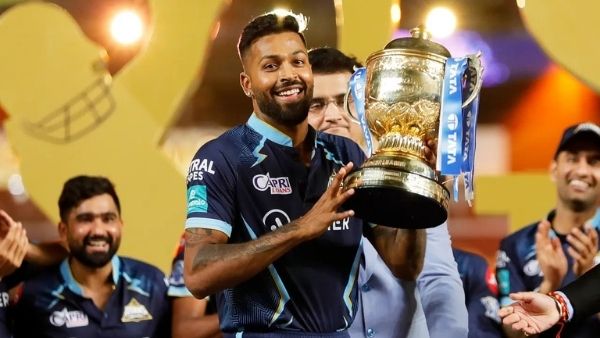 Now look at the World Cup

After winning the IPL trophy as captain, now Hardik Pandya has expressed his next target. Pandya wants to win the World Cup for the Indian team. During a virtual press conference held after the IPL final, Hardik said, “Absolutely for India to win the World Cup, no matter what happens. Whatever I have to give to the team, I will always be like that.” I have been the person who always puts the team first.

It’s like a dream to play for Team India

Pandya further said, “So, it will be very easy for me to ensure that my team wins more. Playing for India has always been a dream come true no matter how many times or games I have played. It has always been a pleasure for me to represent the country, I consider myself lucky for the kind of love and support I have received. Be it long term or short term. I have one goal, I want to win the World Cup, no matter what happens.

Last year, the T20 World Cup was played on the grounds of UAE, where Hardik Pandya’s performance was very poor. He scored only 69 runs in 5 matches at an average of 34.50. He bowled only 4 overs in the entire tournament and could not take a single wicket. However, in IPL 2022, he made a spectacular comeback and scored 487 runs in 15 matches and also took 8 wickets.

World Cup will be played this year

The T20 World Cup will be played on the grounds of Australia in October and November this year. The last World Cup was like a nightmare for Team India, after the defeats to Pakistan and New Zealand, the team could not go beyond the first round. However, after being made the captain of Rohit Sharma, the Indian team is being considered as the favorite to win the World Cup this time.