'Whatever I am is because of Shahrukh, why did John Abraham say this?
Advertisement 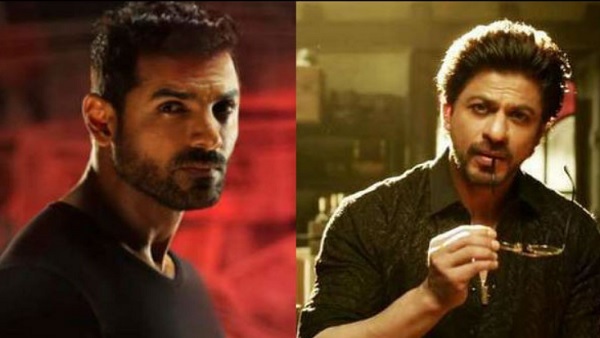 Recently his latest release from the media movie ‘Attack’ John, who met during the promotions, openly praised Shahrukh and also told a surprising thing about himself.

He is a wonderful person: John Abraham

John said that the shooting of the film ‘Pathan’ is going on, so I cannot talk much about its story right now but I would like to say about Shahrukh that he is a wonderful person and working with him is true for me. I am proud.

‘Whatever I am because of Shahrukh’,

He clearly said that ‘To be honest, whatever I am today, I am all because of him. In fact, he told that when he started modeling, he participated in a competition, where Shahrukh Khan was the judge. John said that for him it will be only a competition but it was a big thing for my career, so I will always be grateful to him from the heart.

let you know movie ‘Pathan’ Will be released in cinemas on 25 January 2023. Deepika Padukone will also be seen in the film, Shahrukh-Deepika recently returned from shooting from Spain.

The Kerala-born John made his second appearance as a producer. Movie ‘Madras Cafe’ Was. He is called a sex symbol in Bollywood. They belong to the Indian Super League Co-owner of football team NorthEast United FC are also. He has also been honored with many awards many times.