'When Ganguly insulted Akhtar in front of the coach', Shoaib narrated the story of the first season of IPL
Advertisement 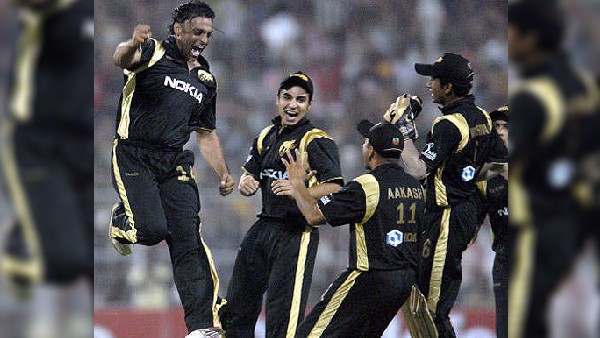 On the occasion of the completion of the 15th season of the Indian Premier League, the former Pakistan fast bowler has narrated the story of the first season when he made his IPL debut for KKR. This season the team’s coaching was commanded by Johan Buchanan. Akhtar, while talking to Sportskeeda, revealed that before making his debut for the team, coach Johan was not sure whether I was fully fit to play the match. When Sourav Ganguly was talked to on this, Akhtar felt insulted at first after hearing what he said but later understood that he had Ganguly’s trust in him.

He said, ‘When I joined KKR’s camp, at that time I was going through a ban and did not play many matches. Johan Buchanan told Sourav Ganguly that he does not think Shoaib Akhtar is fully fit to play the match. To this Ganguly replied that he is always unfit. Don’t worry about that, it will be good for us if Ov plays half unfit.

4 wickets in the debut match

It is noteworthy that Shoaib Akhtar had to wait for 8 matches to play his first match in IPL 2008, after which he got a chance to debut in his first match against Delhi. In this match played at Eden Gardens, Shoaib Akhtar made his mark while debuting and took 4 wickets for 22 runs, due to which Delhi’s team was reduced to 110 runs. KKR’s team won by 23 runs on the basis of Akhtar’s bowling. Opening the bowling, Shoaib Akhtar took the wickets of Virender Sehwag and AB de Villiers in the first 3 overs, while Manoj Tiwary and Gautam Gambhir were also sent back to the pavilion.

KKR bought it for 3.2 crores

Shoaib Akhtar was adjudged the player of the match in this match and was given a gold knight helmet by Shahrukh Khan. KKR included Shoaib Akhtar in their camp for Rs 3.2 crore in the IPL auction in which he took 5 wickets in 3 matches. Shoaib Akhtar also took the wicket of Sachin Tendulkar in the match against Mumbai Indians.

CSK vs LSG: Moeen Ali returns for Chennai, KL Rahul won the toss, know how is the playing 11