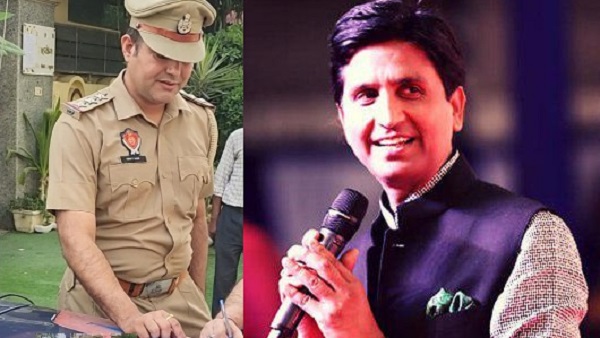 New Delhi, 20 April. Punjab Police has reached the house of former Aam Aadmi Party leader and popular poet Kumar Vishwas this morning. Kumar Vishwas himself has given this information on social media. Kumar Vishwas tweeted the pictures and wrote, “In the early morning, Punjab Police has arrived at the gate. At one time, I am warning Bhagwant Mann, who has been included in the party by me, that the person sitting in Delhi, whom you are allowing to play with the power given by the people of Punjab, will one day cheat you and Punjab also. The nation remembers my warning.

It is worth noting that during the assembly elections in Punjab, Kumar Vishwas had accused Arvind Kejriwal of breaking the country. On this, he had also sought an answer from Kejriwal. But after this allegation of Kumar Vishwas, Kejriwal called himself a sweet terrorist. He taunted and said that I am the sweetest terrorist who is building schools for children, hospitals for patients.