When Shah and Chidambaram clashed face to face in Parliament, see how was the style of both
Advertisement 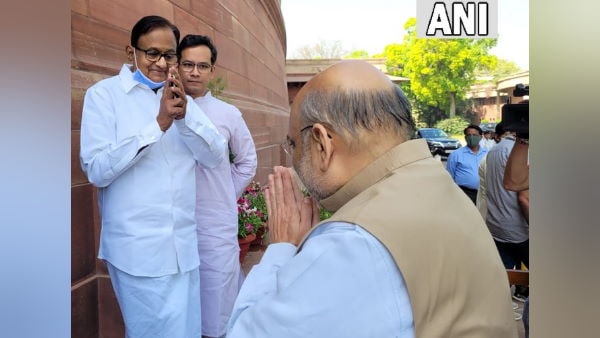 New Delhi, 05th April: Budget session is going on in Parliament House. During this, pictures of the meeting of leaders of power and opposition in Parliament keep coming out. A similar picture emerged from Parliament today. Which is going viral on social media and everyone started discussing it. This is the picture of the meeting of former Home and Finance Minister P. Chidambaram and current Home Minister Amit Shah. When both the leaders were present in the Parliament.

Amit Shah and senior Congress leader P. Chidambaram came face to face while attending the budget session of Parliament, both the leaders greeted each other with a smile. However, no formal talks took place between the two leaders. ANI has shared this photo on its Twitter. In its caption, he wrote that Home Minister Amit Shah and former Home Minister P Chidambaram greeting each other in Parliament. 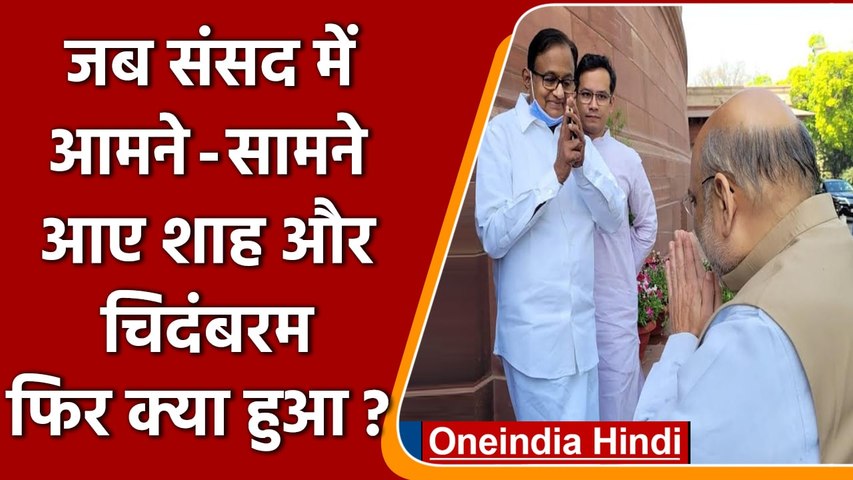 When Amit Shah and Chidambaram came face to face in Parliament. oneindia hindi

After this picture of P Chidambaram and Amit Shah surfaced, people are fiercely sharing memes on social media and giving funny reactions. Seeing the picture, one user wrote that, salt of some relationships, while another user wrote that, this is the beauty of democracy.

Amit Shah and P Chidambaram’s tough stand towards each other has often been a topic of discussion in political circles amid the turmoil in Parliament. Former Home Minister Chidambaram continues to take an attacking stand on the BJP. P Chidambaram is often critical of the economic policies of the Modi government. Recently, he had raised questions on the central government regarding fuel tax collection.

Please tell that when P.Chidambaram was the post of Union Home Minister, then the encounter of Sehrabuddin Sheikh took place. On July 25, 2010, the CBI had arrested Amit Shah for the role of Amit Shah in this. After that he remained in jail for 3 months. He was released on bail on 29 October 2010. After this, from October 2010 to September 2012, he was asked to stay away from the Gujarat border. Amit Shah remained out of Gujarat till 2012. During the 2012 assembly elections, he returned to Gujarat only after the order of the Supreme Court.

Ahmed Patel’s son Faisal is disappointed with Sonia, may give a blow to Congress, name has been associated with Amisha Patel