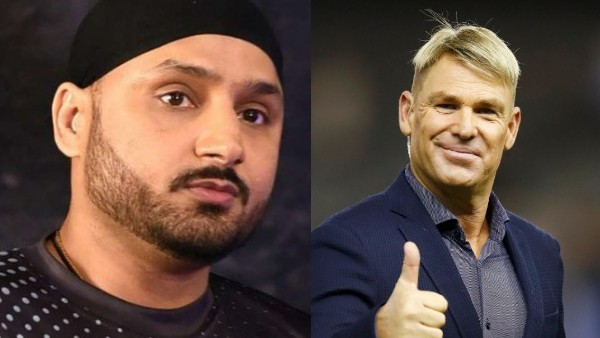 Not only this, Harbhajan Singh further said that Shane Warne was one of the players who inspired him to play in the early stages of his career. Harbhajan Singh said that he considered this legendary player as his idol and always wanted to play with him and in 2001, when he came to participate in the match played between India and Australia at the Eden Gardens, his dream came true.

It is noteworthy that this is the same historic match in which Harbhajan Singh completed his Test hat-trick by taking the wicket of Shane Warne and became the first Indian to take a hat-trick in Test cricket. In this match, Harbhajan Singh and Shane Warne met in a different style where the Indian team returned to the series after winning by 171 runs and the final match of the series was played in Chennai.

Speaking on the podcast with Brett Lee, Harbhajan Singh said, “Let me narrate a story which I have mentioned in my book, the printing work of which is still in progress. My first meeting with him was during the Test series against Australia in 2001 in which I took 32 wickets. In the third test match, he was batting with Steve Waugh and was at the non-striker’s end. I was looking at him taking my run up, he looked at me and asked what is your problem brother. What are you looking at me? They felt like I was trying to do or say something to them.

Harbhajan Singh further told that after this happened I reached out to him and how to try to clear the misunderstanding so that things do not get out of hand. Harbhajan Singh went and told Warne how much he respected him and that he was just being a part of a fan boy moment by seeing him.

He said, ‘After listening to him, I went to him and said look, I was just looking at my hero who is standing beside me and it was my dream to see you play and I am playing with you now Which has been a very special moment for me. I just wanted to enjoy the moment I am playing with Shane Warne. Hearing this, he thanked me and from that day onwards, we both had that relationship in which we used to respect each other. When I got 32 wickets, he came to me and thanked me later. I was very happy seeing his gesture. He told me he did a great job and you still have a long way to go.

This player of Delhi Capitals can become the time of bowlers in IPL 2022, hit long sixes in practice