'Whenever Team India comes here to play, we earn the most money'
Advertisement 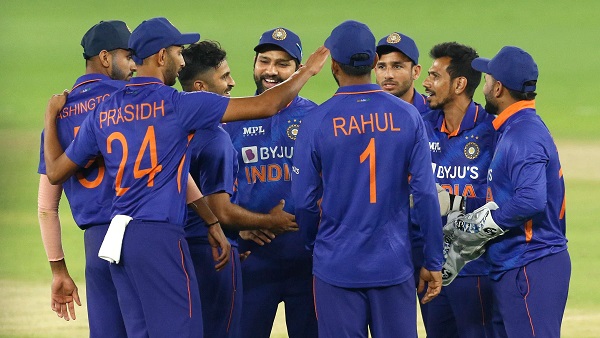 New Delhi. ‘Whenever Team India comes to play for us, we make the most money’, says Jamaica Cricket Association (JCA) President Wilfred Billy Haven. Presently the President of India, Ram Nath Kovind is on a four-day visit to Jamaica. While there was a discussion on strengthening the mutual relations between the two countries, at the same time, a big talk was kept from the Windies side regarding cricket.

Wilfred Billy Haven expressed his gratitude to the Indian President while expressing his happiness after receiving around 100 cricket kits from Ramnath Kovind and also said that it is a proud moment for his people. Wilfred said on this occasion that whenever the Indian team comes to the Windies and plays in Sabina Park, Jamaica cricket makes the most profit. Wilfred also said that a cricket development program has also been put in place to prepare young Jamaican cricketers.

Also read- ‘He is a dangerous player of number 3 and 4’, Shastri said – will play for India soon

The JCA President said, “Whenever Indian team plays a match in the Caribbean, a lot of people watch the matches between the two teams. Whenever Team India comes here to play, we earn the most money and it Cricket proves to be our biggest income in the Windies.” Billy Haven added, “It is a proud moment for me personally and for the cricket fraternity in Jamaica. Jamaica Cricket Association is delighted to have this gift from India. Coming from, this is mega cricket in the world. We got 100 kits and that’s enough. It is planned that half of those kits will be distributed to high schools.”

Billy Haven also said that such exchanges will strengthen the ties between the two cricketing nations. He said that there are many young Windies cricketers who have dreams of playing in the Indian Premier League (IPL) like superstars Chris Gayle and Andre Russell.

‘He is a dangerous player of number 3 and 4’, Shastri said – will play for India soon