Who is Ashok Kumar Mittal? Chancellor of LPU, who has been made Rajya Sabha candidate from Punjab by AAP
Advertisement 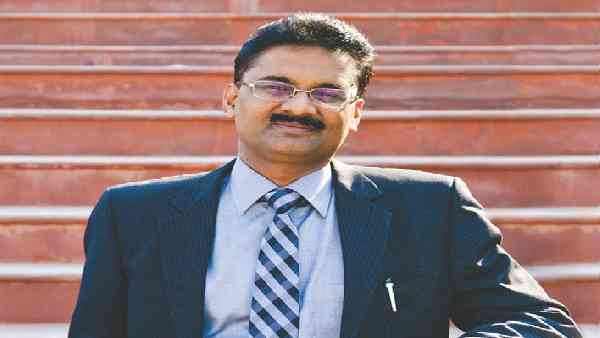 Who is Ashok Kumar Mittal?

Among the five candidates nominated by the Aam Aadmi Party to the Rajya Sabha from Punjab are Ashok Kumar Mittal, the Chancellor of Jalandhar’s famous Lovely Professional University. Ashok Kumar Mittal is the son of late Baldev Raj Mittal, the founder chairman of Lovely Group. Ashok Mittal himself is a law graduate from Guru Nanak Dev University, Punjab. Lovely Group started in India as a small sweet shop. But Lovely Professional University has been founded by Ashok Kumar Mittal himself, who has been described by the Aam Aadmi Party as an eminent educationist and social activist, making it a Rajya Sabha candidate. (First and Last Image Courtesy- LPU Website)

The empire of education built from the business of sweets

Mittal said on the website of Lovely University that its goal, ‘through this is to ‘change India by transforming education,’ we want to revive the splendor of the ancient Indian education system. The goal of this university is to be among the top 200 universities in the world by the year 2025. According to the information, Ashok Mittal’s own education was done in a simple government school in Jalandhar. He was a very talented student since childhood. Initially, he also helped his father’s sweets business. Lovely sweets laddus used to be very famous in Jalandhar. His father had settled in Jalandhar from Sialkot after the partition of India in 1947.

In the 1990s, the Mittal family joined the Bajaj Scooter dealership after a lot of hard work. After a few years i.e. in 1996, Ashok Mittal got the dealership of Maruti Car. After this, Lovely Group made steady progress in the business and according to the information, as of today, it has done business of hundreds of crores (before the lockdown it was said to be worth more than Rs 800 crores).

The success of the group inspired Ashok Mittal to think of many new projects. It is said that there was also an intention for the betterment of the society and the establishment of Lovely Professional University by Ashok Kumar Mittal was a big reason for this. In an interview, Mittal had told about it that he wanted to work in the field of higher education, due to which students could achieve a position outside the country as well. Lovely Group opened the Institute of Education in the year 2001 and got it affiliated to Punjab Technical University. This institute got very good response from the very beginning. In 2005, Lovely Professional University got the status of the first private university of Punjab. This university has made a lot of progress in a very short time. (Top three photos courtesy: YouTube Videos)

Rashmi Mittal is the Pro-Chancellor of LPU

According to the information available on CollegeDunia Facebook, Ashok Kumar Mittal has also been awarded the ‘Punjab Gaurav’ award. He has also been given the ‘Entrepreneur of the Year 2013’ and the Education Minister of Punjab also conferred the title of ‘Shiksha Ratna’ in the same year. His wife Rashmi Mittal is the Pro-Chancellor of LPU.

Who is Sanjeev Arora, whom Aam Aadmi Party has made Rajya Sabha candidate

If PM who contested from Kashi is not an outsider then how am I: Shatrughan Sinha