Who is Avinash Sable, who made a record in athletics after 30 years, his habit is to break the record
Advertisement 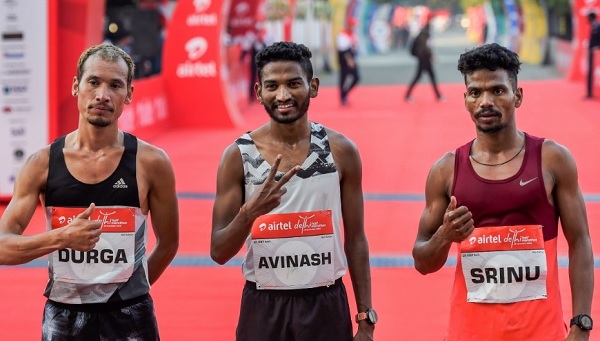 Let us tell you that Bahadur’s record was included in the three records that were made in the National Olympics before the 21st century. The remaining two are named after Shivnath Singh and PT Usha. Shivnath had set a national record in the men’s marathon and PT Usha was an amazing sprinter, she set this record in the 400m hurdles race in 1984. Then the Olympic Games in Los Angeles were going on. Today breaking one of these records is a big deal.

Sable, who has been breaking one or the other record continuously for some time, has mastered the steeplechase of 3000 meters. This steeplechase is no ordinary race. Here obstacles are created throughout the track so that the runner keeps using the focus as well as the feet. That is, the race for physical and mental exercise.

Started running at the age of 6 because of school

Sable was born in Mandwa which falls in Beed district of Maharashtra and the family is farmer. Opportunities to open the body on foot started getting opportunities from childhood. The family’s calculation was such that the school is 6 km away. At the age of 6, this journey was done either by running or on foot because there was no facility of bus, rickshaw etc. After passing 12th class, got a job in the army and was posted on Siachen Glacier in 2013-14, also did duty in the desert of Rajasthan and was posted in Sikkim in 2015.

Had to lose 20 kg, that too in three months

After this there was a big stop in the game when this jawan first participated in Inter Army Cross Country Running. His fellow soldiers saw some talent in Sable and on his behest, Sable joined the race. After this he went into steeplechase and took training from Amrish Kumar. The weight of the sable, which today seems to be a lean effigy, was once very heavy. He had to lose 20 kg, that too in three months. After that there was an entry in the national camp and the foreign coach sculpted him.

The successes began and continue to this day

The domestic player, however, did not like foreign coaching and he again went under the guidance of Kumar’s coaching. He broke a 37-year-old record in the National Open Championship in 2018. Then in March 2019 set a new national record. Following his record-breaking feats, he became the first male steeplechaser to qualify for the World Championship.

International success started pouring in now as he secured a silver in the Asian Athletics Championship in the year 2019. Then at the end of the same year broke his own record in the World Championship. The player was the first Indian to reach the final of the 3000m steeplechase at the World Championships. He later also qualified for the 2020 Summer Olympics.

Carlos Alcarez created history in Madrid Open, did a special feat against Nadal-Djokovic