Who is Sanjeev Arora, whom Aam Aadmi Party has made Rajya Sabha candidate
Advertisement 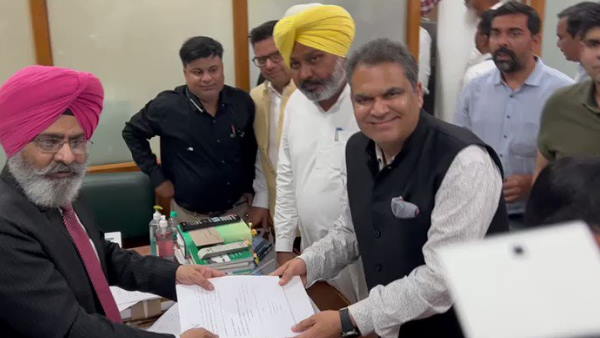 The victory of the Aam Aadmi Party, which won 92 seats in the Punjab Assembly elections, is almost certain. In such a situation, we are telling you who is Sanjeev Arora, whom the party is sending to the Rajya Sabha. Sanjeev Arora is a well known businessman of Punjab and comes from Ludhiana. 58-year-old Sanjeev is the operator of export house Ritesh Industries. His father has also been one of the rich people of Ludhiana.

Ludhiana-based industrialist Arora runs the ‘Krishna Pran Breast Cancer Charitable Trust’ and is involved in charitable work for over 15 years. Arora started this trust for breast cancer after the loss of both her parents to cancer. This trust of Sanjeev has been serving the people of Punjab since last 15 years and more than 160 cancer patients have been given free treatment.

Sanjeev Arora is on the Governing Board of Dayanand Medical College and Hospital, Ludhiana and is also a member of Apex Council of Punjab Cricket Association. Sanjeev Arora has been the secretary of Punjab’s Sutlej Club Ludhiana, who also helped the Ludhiana district administration a lot by donating ambulances, PPE kits and other essentials.

Elections on 5 seats in Punjab

The tenure of five Rajya Sabha members elected from Punjab- Sukhdev Singh, Pratap Singh Bajwa, Shwet Malik, Naresh Gujral and Shamsher Singh Dullo is completing in April. Elections are to be held on these five seats, for which March 21 is the last date for nominations. After this, voting will take place on 31 March.

Your youngest Rajya Sabha MP: Raghav Chadha is a millionaire, CA by profession, know how much wealth is there?

Who is Ashok Kumar Mittal? Chancellor of LPU, who has been made Rajya Sabha candidate from Punjab by AAP