Who is Shahbaz Sharif, who can replace Imran Khan as the Prime Minister of Pakistan?
Advertisement 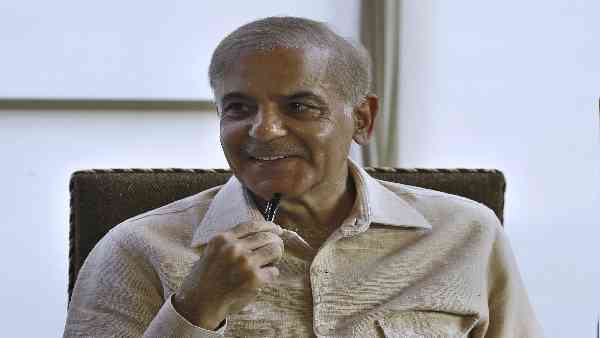 Shahbaz Sharif will be the next PM of Pakistan- Bilawal

The separation of Muttahida Qaumi Movement-Pakistan or MQM from Imran Khan is considered the last nail in his government’s coffin as it has been his party’s main ally. MQM leader Khalid Maqbool Siddiqui has announced to accompany Imran for his removal after a written agreement with the opposition camp. Pakistan Peoples Party President Bilawal Bhutto Zardari has said, ‘Imran Khan has lost majority. He is no longer the prime minister. Parliament is in session tomorrow. Voting will be held tomorrow and the matter will be settled. After that we can start working for transparent elections and then the restoration of democracy and the end of the economic crisis can begin. Bilawal said that Sharif has challenged the Pakistani PM to resign.

Who is Shahbaz Sharif?

Shahwaz Sharif is the brother of former Pakistani Prime Minister Nawaz Sharif. He has been the Leader of the Opposition in the National Assembly of Pakistan since August 2018. Sharif is the president of the Pakistan Muslim League-Nawaz and has been the chief minister of Pakistan’s Punjab province three times, the longest tenure for any CM there. He was elected to the Punjab Legislative Assembly in 1988. Then in 1990, for the first time, a member of the National Assembly was elected. In 1993, he was once again elected to the Punjab Legislative Assembly and then became the Leader of the Opposition there. For the first time in 1997, he was elected the Chief Minister of Punjab.

Saudi Arabia fled after a coup in 1999

In 1999, when Nawaz Sharif was overthrown by the army led by Pervez Musharraf, Shahwaz Sharif took refuge in Saudi Arabia with his family. He then came back to Pakistan in 2007. After the 2008 general election, he was once again appointed as the CM of Punjab province after the victory of Pakistan Muslim League-Nawaz. For the third time in 2013, he got a chance to become the Chief Minister of that province and remained in this post till the party’s defeat in 2018. When his brother Nawaz Sharif was disqualified to continue in office, he was appointed president of the party. After the 2018 elections, he was made the Leader of the Opposition in the National Assembly. On March 28, Shahwaz Sharif had moved a no-confidence motion against Imran Khan.

In December 2019, he was accused of money laundering and in this case, the National Accountability Bureau confiscated 23 properties of him and his son Hamza Sharif. In September, 2020, the National Accountability Bureau arrested him on charges of money laundering. Case is pending against him in this matter. But, in April last year, the Lahore High Court released him on bail.

Mamta got furious over the name of TMC district president in Birbhum violence, said- how can the name come without investigation?

So the condition of Punjab will be in Maharashtra too, 25 Congress MLA’s sad message to Sonia