Why did Akshay Kumar praise Bhumi Pednekar? Ahead of the release of Rakshabandhan, the tweet went viral!
Advertisement 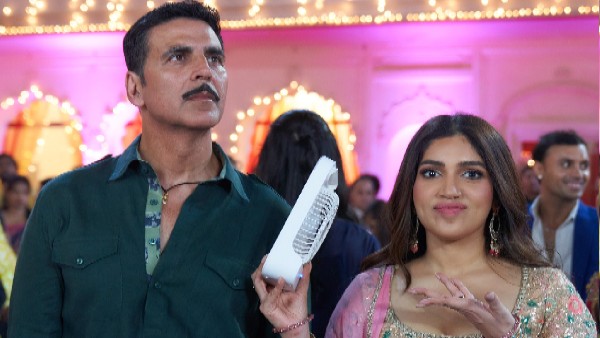 Akshay Kumar’s film Rakshabandhan is all set to release on August 11. The film is going to be great and fans are waiting for it. This family drama film by Akshay Kumar and Bhumi Pednekar starrer director Aanand L Rai based on the brother-sister relationship is reaching the theaters on the special occasion of Rakhi. At the same time, the trailer and songs have impressed the audience a lot. Actress Bhumi Pednekar has done a good job in this film.

But now something happened after which he is in discussion. Actually, Akshay Kumar has made a tweet praising Bhumi Pednekar. He wrote, “My appreciation and respect to my friend and co-star, Bhumi Pednekar. So much has gone up.

A very safe actor to do a film called #RakshaBandhan. Book your tickets now.” Along with this, he has also shared his picture with Bhumi. This post of his is going viral indiscriminately as soon as it comes out, the fans are praising him too.

Akshay Kumar does many films in a year and the same is going to happen this year as well. It is worth noting that superstar Akshay Kumar’s film is not releasing alone on August 11, but it is going to clash with superstar Aamir Khan’s film Lal Singh Chaddha.

Let us tell you that Aamir Khan is playing the role of a Sikh in this film. Aamir Khan’s film is constantly being boycotted on social media.

My appreciation and respect for my friend and co-star

@bhumipednekar
has gone up so much. Takes a very secure actor to agree to do a film titled