Why is PM Modi's visit to Nepal important for Indian politics on Buddha Purnima? Learn
Advertisement 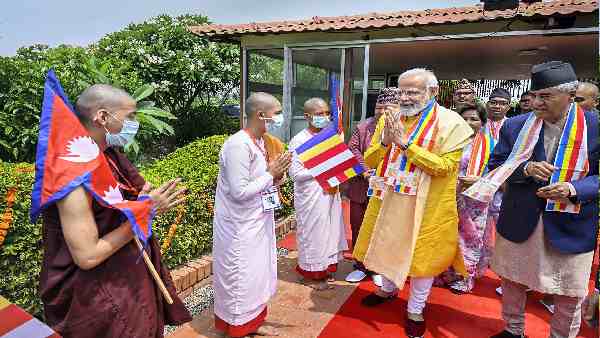 Meaning of PM Modi’s visit to Nepal on Buddha Purnima

Prime Minister Narendra Modi, before beginning his first visit to Nepal in his second term, visited the Mahaparinirvana site of Lord Buddha in Kushinagar in UP to seek his blessings. From here he has reached Lumbini, the birth place of Lord Buddha located in Nepal, where the invitation to visit was given by Nepal’s Prime Minister Sher Bahadur Deuba. There they have also reached the famous Mayadevi temple. The two prime ministers also laid the foundation stone of the ‘Centre for Buddhist Culture and Heritage’ inside the Lumbini monastery area here. This is PM Modi’s fifth visit to Nepal in combination with his two terms and is very important for the bilateral relations of the two countries, especially the way in which a situation of difference had arisen during the tenure of the previous KP Oli Prime Minister of Nepal. But, here we are trying to understand the importance of PM Modi’s visit to Nepal from the point of view of Indian politics. 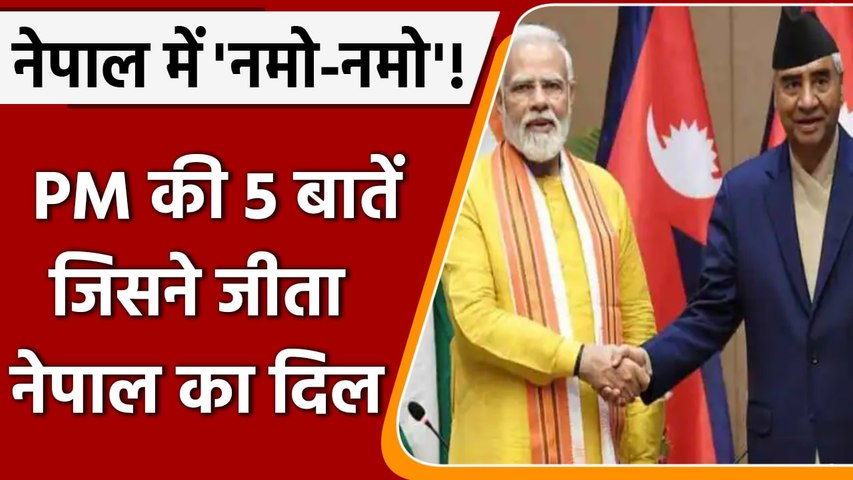 PM Modi Nepal Visit: What things did the PM say that won the heart of Nepal? , oneindia hindi

The BJP government has been continuously making efforts to promote Buddhist culture not only in India but at the global level. It is believed that behind this is getting the support of Dalits, who have been very fond of Buddhism. The biggest reason for this is that Dr. Bhim Rao Ambedkar became a Buddhist in 1956, which is today the most eminent figure of Dalit society. Because of them Dalits have high regard for Buddhism. Ajahin Prashil Ratna Gautam, a well-known Buddhist monk, once told the Indian Express, ‘Ambedkar revived Buddhism in India, and many Buddhists in India thank him for improving their lives.’

In Uttar Pradesh, the country’s most populous state, the Bahujan Samaj Party had been considering itself as the biggest contender for the Dalit vote. But, in the recently concluded state assembly elections, his magic seems to be breaking. Therefore, if we look through the political lens, then in this visit of PM Modi to Nepal, there can be a lot of hope for the Dalit vote bank for the BJP. BSP supremo Mayawati has become the Chief Minister of UP four times at different times on the basis of Dalit vote bank. Before him, in the 80s, the Congress has shown the charisma of power on the basis of Dalit-Muslim-Brahmin votes to rule the country’s largest state. But, in today’s date, BJP is seeing a lot of possibilities regarding Dalits.

The BSP got 22.2% of the votes in the 2017 assembly elections even in the BJP’s huge wave and 19 of its candidates won the election. But, this time the Bharatiya Janata Party was under a little pressure, yet BSP could get only 12.9% votes and its only candidate could reach the assembly. Whereas, the Jatavs alone constitute about 12 to 14% of the Scheduled Castes population in UP, from whom Mayawati herself comes. The loss of 10% of the vote bank in 5 years is a cause for concern for the BSP, which is called the party of Dalits; And on the auspicious occasion of Buddha Purnima, PM Modi’s visit to the places associated with Lord Buddha cannot be seen in complete isolation from him.

Other programs related to Lord Buddha

PM Modi has visited Nepal twice in his first term in 2014 and twice in 2018. In 2018 i.e. before the 2019 Lok Sabha elections, he had visited pilgrimage sites and cultural heritage like Janakpur Dham and Muktinath Dham. While he visited the birthplace of Lord Buddha on Monday, his government’s ambitious Central Vista project in Delhi has also included a museum dedicated to Gautam Buddha. In 2016 the ‘5th International Buddhist Conference’ has also been organized in Varanasi and Bodh Gaya to resolve the Hindu-Buddhist conflict. Similarly, in 2017 a conference on ‘Buddhism in the 21st Century’ has also been organized in Rajgir. Not only this, the establishment of modern Nalanda University next to the ancient world famous Nalanda University is also a big step towards re-establishing the teachings of Lord Buddha. But, everyone’s wires are connecting with that very big society, which is proving to be very important in the politics of India.