Why the world's most popular currency bitcoin became cheaper? Know how 2022 will prove to be a boon
Advertisement 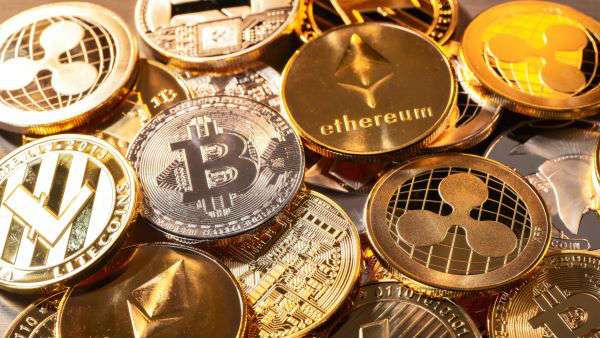 New Delhi, 21 March. The news of the decline in the most popular cryptocurrency in the world is shocking. The price of bitcoin has come down by 50 percent since last year. A boom in this digital currency is expected this year. The year 2022 is going to be better for cryptocurrencies. This is also expected because crypto experts say that the cryptocurrency will again break the record and reach its highest level this year.

There is a lot of craze about cryptocurrency among people all over the world. But the falling bitcoin prices over the past year have disappointed investors. The cryptocurrency market is down 2.33% as of 9:35 am on Monday. The Global Crypto Market Cap declined to $1.85 trillion in the last 24 hours. Both major currencies bitcoin and ethereum were down more than 2 per cent. Although Ethereum is giving returns of more than 12 percent in the last 7 days.

Top 10 cryptocurrencies also had their ups and downs

Talking about the top 10 cryptocurrencies, Terra Luna has gained about 3 percent. According to the data of Coinmarketcap, a 2.59% decline has been registered in Bitcoin so far. As of this writing, bitcoin is trading at $40,833.48. Whereas, the price of Ethereum declined by 2.93% to $2,846.24. As of Monday, the world’s most popular cryptocurrency, bitcoin, declined 0.36 per cent, or Rs 11,725. With the reduced rate, the price of bitcoin fell to Rs 32,01,037. Whereas the market capitalization of bitcoin rose to Rs 58.8 trillion at this price.

Such a decrease in the price of bitcoin
The price of the popular cryptocurrency bitcoin has been seeing a rise since the past days. But its price broke on Monday. Bitcoin fell 0.36 percent. Its price was reduced by Rs 11,725. With this reduction, the price of bitcoin came down to Rs 32,01,037. However, the first two months of the year 2022 proved to be good for investors. At the same time, analysts of cryptocurrency believe that this decline in the market of Bitcoin is not going to be sustainable for long.

Fuel Rates: A big blow to the common man, petrol and diesel prices increased after 137 days, check the rate of your city

7th Pay Commission: 7 lakh government employees got a gift, a bumper increase of 11% in DA, know how much the salary increased