Why was Biplab Kumar Deb removed from the post of CM just before the elections? This was the reason for his resignation
Advertisement 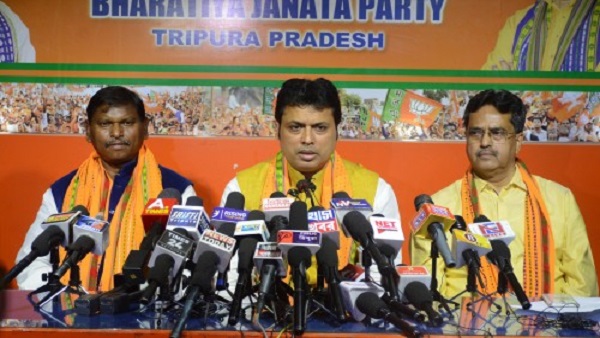 What did Biplab Kumar Deb say after his resignation?

After the resignation of Biplab Kumar Deb, everyone is curious to know why BJP removed its youngest Chief Minister in Tripura? If we talk about the reasons for this, then the first reason that comes to the fore is that there was increasing resentment in Tripura BJP regarding Biplab Kumar Deb.

For the last few years, the opposition of Biplab Kumar Deb was increasing in his government. Many party MLAs came to Delhi and complained to the high command. There were allegations against him that he was not taking the organization and the leaders of the organization along.

Due to displeasure with Biplab Kumar Deb, 2 MLAs left the party some time back. In such a situation, the party did not want to take any risk, so in view of the elections next year, the party decided to change the CM.

‘You will keep your tongue right, brother…’, Kumar Vishwas gave a strong reply to the minister on the statement of pani-puri