Will Naresh Patel and Prashant Kishor's Khichdi be cooked in Mission Gujarat? Know what is going on in Congress
Advertisement 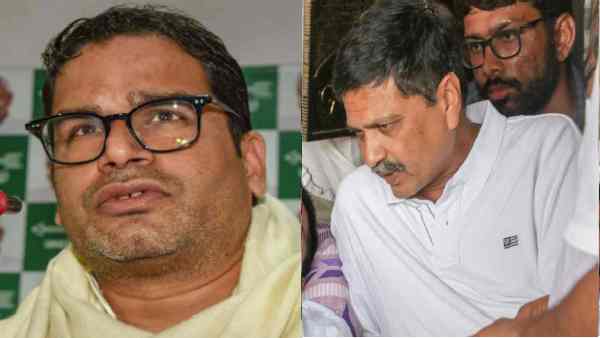 Will Naresh Patel and Prashant Kishor’s khichdi be cooked?

There are reports that Naresh Patel, the leader of the influential Leua Patels coming from the Patidar community in Gujarat, is likely to join the Congress. According to the information, the matter is only stuck on that they want that the responsibility of Congress’s election strategy in Gujarat should be completely handed over to Prashant Kishor. But, there are many such leaders in Congress who do not agree on the name of Prashant Kishor. Such leaders believe that there is a jugalbandi between Patel and Kishor. They claim that Kishor wants the party to project Naresh Patel as the chief minister’s face and instead wants him to take charge of the party’s election. Gujarat Congress vice-president Hemang Vasavada has claimed, “Naresh Patel will soon join the Congress party.”

Who is Naresh Patel?

Industrialist Naresh Patel is the chairman of Shree Khodaldham Trust, which runs the huge Devi Khodiyar temple near Rajkot. Khodiyar Mata is considered the patron of Leua Patels. Those who are supporters of Patel’s joining the Congress feel that Leua Patel may join him under the influence of Naresh Patel, who is originally believed to have influence in Saurashtra and central Gujarat. The reason for this is that the population of Patidars or Patels in Gujarat is about 1.5 crore out of about 6.5 crore population of the state. It is considered to be the politically most influential and prosperous society of the state. There are also two main sub-castes in the Patidar society. Leua Patel and Kadva Patel. The population of Leua Patel is slightly higher in these two.

Politics of Leua and Kadva Patel

However, there is also an OBC Koli caste in Gujarat, who outnumber the Patidar community in the population. But, this society is divided into many sub-castes, so it has never been able to exert as much influence in the politics of the state as the dominance of the Patidars. Chief Minister Bhupendra Patel is the 17th CM of Gujarat, but he is the fifth Patidar leader to hold this post. Before the elections to be held later this year, the BJP has again given this chair to the Patel community because the support of the Patidars has played a big role in its power of more than two decades. But, Bhupendra Patel is the first Kadva Patel, who is sitting on the Chief Minister’s chair. Though UP Governor Anandiben Patel is Leua Patel, she is married to Kadva Patel. The internal politics of Leua and Kadva Patel can also play a role in the minds of Congress strategists, due to which efforts are being made to bet on Naresh Patel. The BJP also feels the dominance of Naresh Patel over the Patidar community. This is the reason why CM Bhupendra Patel himself has also advised him to come to his party.

What is going on in Gujarat Congress?

Since the last elections, the Congress has been leading Patidar leader Hardik Patel and now he is formally involved in the Congress. Hardik is a bitter Patidar like Bhupendra Patel. But, those who understand the politics of Gujarat from within know that the Patidars, who traditionally consider themselves to be descendants of Lord Ram, have stuck with the same political party for more than two decades. The society, which considers itself to be a descendant of Luv (Leua Patel) and Kush (Kadva Patel) respectively, has been associated with the BJP since the 1980s. Behind this was the reaction of the Congress against the alliance of Kshatriya-Harijan-Adivasi and Muslims. Now it is to be seen that if Naresh Patel comes with Congress and Hardik is joining five years already, then can Congress end its decades of exile by defeating BJP following the strategy made by Prashant Kishor? By the way, Prashant Kishor could have helped such a party win the election, which is itself very weak on the ground, its record is hardly visible. He has certainly helped to ease the path of a party which has been stronger than itself. (photos-file)

Is NCP ‘soft’ towards BJP in Maharashtra, ‘angry’ Uddhav Thackeray raised the issue with Pawar?