Will Riya Chakraborty's file open again after Aryan Khan? The lawyer made this demand
Advertisement 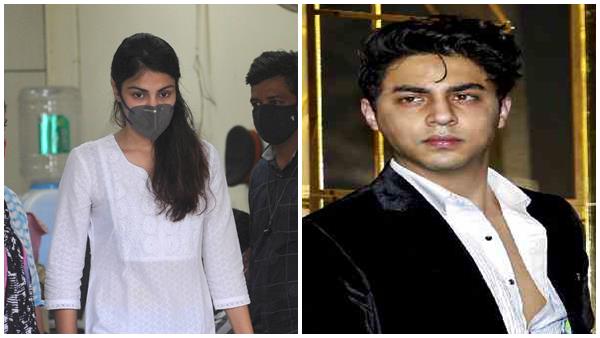 Mumbai, May 30: There is an atmosphere of happiness in ‘Mannat’ after Shahrukh Khan’s son Aryan Khan, who is called King Khan of Bollywood, got relief from the NCB in the drugs case. Let us inform that, NCB did not find any evidence against the other 5 arrested including Aryan Khan in the drugs case. Now after this case, lawyer Satish Manshinde has demanded an investigation once again in the drugs case of actress Riya Chakraborty.

Satish Manshinde’s statement
Satish Manshinde demanded an inquiry into the matter and said that in the last three years, NCB (Narcotics Control Bureau) has harassed many people. Action needs to be taken against all these officers. In Riya Chakraborty’s case, the decision was taken only on the basis of WhatsApp chats and none of them were tested. When Aryan Khan’s case showed that the case has been made false and all this has been happening since Riya Chakraborty’s drugs case.

Satish requested PM Modi
Satish Manshinde, while requesting PM Narendra Modi in this matter, said, ‘I want to request that the inquiry sit against all these officers and the case should be handled’. At the same time, he also said that, just as the Aryan case has been investigated, the Riya and brother Shovik Chakraborty case should also be investigated.

NCB did not find any evidence
Let us tell you that in the Aryan Khan case, no evidence related to drugs has been found in the hands of NCB. Similarly, in the Riya Chakraborty case too, NCB did not find any evidence related to drugs. Let us tell you that after the death of Sushant Singh Rajput, the problems of Riya Chakraborty have increased a lot.

18-year-old model dies in Kolkata, ‘mystery of death’ of models one after the other is not resolved