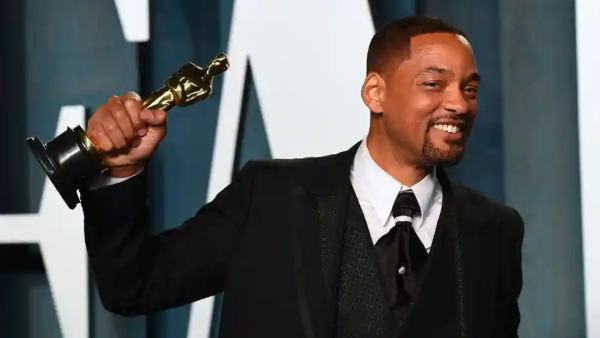 Netflix and Sony have reportedly put movies on hold starring Will Smith after the actor slapped comedian Chris Rock during the Oscars 2022. The actor during the 94th Academy Awards also won the Best Leading Actor award, however, all wins were overshadowed due to the infamous slapgate .

Fast and Loose
was set to follow a criminal who lost his memory after an attack. The character is then forced to learn about his two identities, one as a wealthy crime lord and the other as an undercover CIA agent.

Additionally, a source told The Hollywood Reporter that Smith received 40 pages of

Bad Boys 4
script before the Oscars. Now, Sony is also pausing production of the awaited sequel. Smith was set to star as Mike Lowrey similar to other films in the franchise.

According to Variety, He is also set to star in the Apple Tv drama Emancipation, the show followed a runaway slave who joins the Union Army. Currently stuck in post-production the show has a 2022 release date. It is to be seen if more studios would distance themselves from the actor after the controversy.

Notably, Will since had apologised to the comedian, The Academy and his fellow nominees. The actor turned in his resignation from The Academy earlier this week, which was accepted. However, reports have revealed that disciplinary action will still be taken against the actor.