Will Smith's wife breaks silence after slap in Oscar ceremony, said this
Advertisement 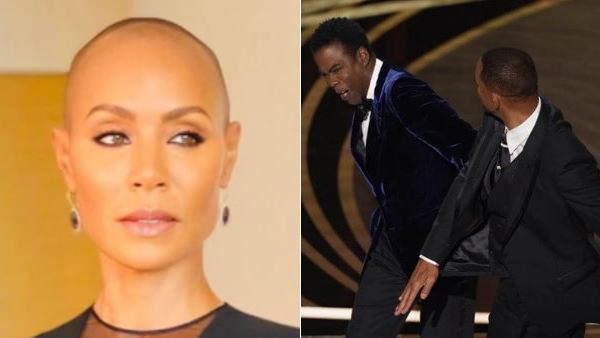 Jada has shared a message after this whole matter by posting a post on Instagram. It reads, This season is for healing and that is why I am here. Along with this, Jada has also shared an emoji of joining hearts and hands in the comment. Although she did not mention the dispute between her husband Will Smith and Chris Rock in this post. It is worth noting that Chris Rock joked during the Oscar Awards ceremony that Jada looked like GI Zone 2, which Jada did not like at all and after that Will Smith slapped him.

Will Smith lost his cool at Chris’ joke

Notably, Chris Rock was one of the presenters for the 92nd Academy Awards Ceremony. During this, when he was hosting Ceremony, he joked about Will Smith’s wife and said that she looks like GI Gen 2. After which Will Smith lost his cool and slapped him after reaching the stage. Not only this, after coming back from the stage, sitting on his chair, Will Smith shouted that do not take my wife’s name from your mouth. Seeing this incident, everyone present there was stunned. People were not sure whether this incident was real or a joke.

Jada has this disease

Let us tell you that Will Smith’s wife Jada has a problem of alopecia, due to which she does not have hair on her head. Giving information about this in 2018, Jada himself said that he has a problem of alopecia. He had publicly shared his experience with the people regarding this problem. It is worth noting that Will Smith and Jada married in 1997.

Urfi Javed Video: Urfi wreaking havoc in a black bikini considers herself to be God’s gift