World record made in the final of IPL 2022, about 1.5 lakh spectators reached the Narendra Modi Stadium to watch the match
Advertisement 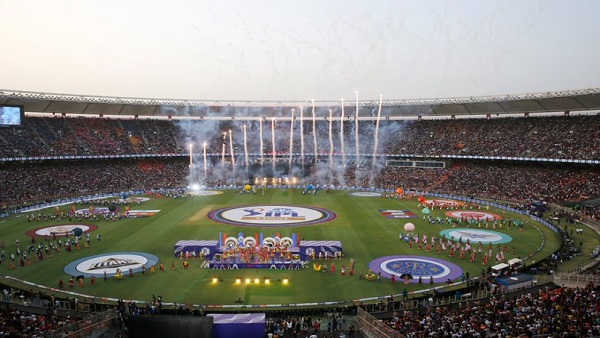 New Delhi, May 29. Batting first, Rajasthan Royals set a target of 131 runs to Gujarat Titans in the final match of IPL 2022. A record number of spectators have reached the stadium to watch this title match. According to the information, 1,04,859 spectators have reached the Narendra Modi Stadium in Ahmedabad to watch the match. This is the world record for the number of spectators who came to watch any cricket match in the world.

Let us tell you that along with the common people, many big personalities have also reached to watch the final match of IPL 2022. The country’s Home Minister Amit Shah has also come to see this match. Apart from Amit Shah, actor Akshay Kumar, Sports Minister Anurag Thakur, BCCI President Sourav Ganguly and Secretary Jay Shah were also present at the stadium. Also, in the closing ceremony, AR Rahman and Ranveer Singh stunned.

Before the start of the final match, a program of closing ceremony was held, in which Ranveer Singh and AR Rahman performed. During the ceremony, the entire stadium reverberated with the slogans of ‘Modi-Modi’.

VIDEO: Jos Buttler’s bat did not play in the final, threw the helmet in anger

GT vs RR: Captain Hardik’s bowling dominated the final match, broke Rajasthan’s back and made a big record