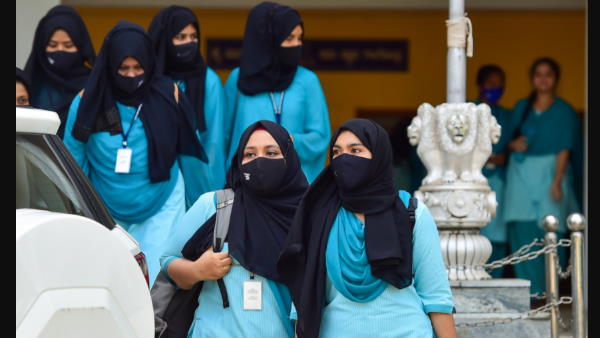 New Delhi, March 20: Hijab controversy in Karnataka is not taking its name to stop. Some girl students had filed a petition against this in the Karnataka High Court, on which the court upheld the state government’s order and upheld the ban on wearing hijab in class. The three judges of the High Court, who gave this order, were receiving constant threats, on which the state government has now taken a big decision.

Chief Minister Basavaraj Bommai on Sunday said that three judges of the Karnataka High Court, who delivered the hijab ban in schools and colleges, will be given Y category security cover. Recently, two people had threatened to kill the judges, in view of which the state government has taken this decision. Simultaneously, both the accused were also arrested. The Chief Minister further said that I have spoken to the police officers, as well as ordered them to investigate the matter.

What was the High Court’s decision?
The petition of the girl students was dismissed by a three-judge bench of the Karnataka High Court. It was also said that wearing the hijab is not a part of the compulsory religious practice of Islam and it is also not a protected right under Article 25 of the Constitution of India. He further said that the school uniform prescribed by the state government is reasonable. Also constitutionally justified, on which students cannot object.

case in supreme court
Many people have challenged the decision of the High Court in the Supreme Court. The girl students who filed the petition say that now they have hope only from the Supreme Court. If she does not get relief from there, then she will leave studies.

Cyclone Alert: ‘Asni’ will wreak havoc, in which states can wreak havoc, know everything about the cyclonic storm