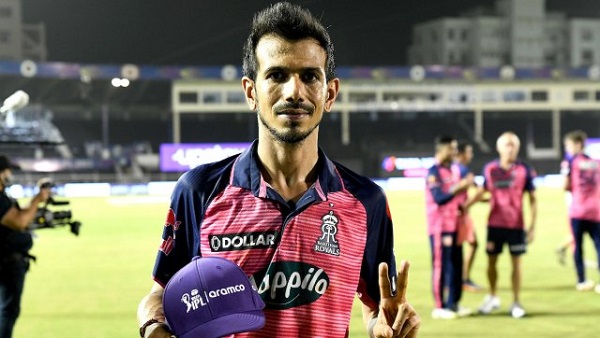 New Delhi. Rajasthan Royals’ right-arm wrist spinner Yuzvendra Chahal captured the Purple Cap by overtaking Vanindu Hasaranga during the final of the Indian Premier League on Sunday. Chahal took 1 wicket for 20 runs in 4 overs against Gujarat Titans on Sunday. However, his team missed out on winning the title.

Chahal has taken 27 wickets in 17 matches this season at an average of 19.50 and an economy rate of 7.92. With this, he has recorded a big record in his name in IPL history. This record is for a spinner to take the most wickets in a single season. Chahal breaks Imran Tahir’s record. Imran took 26 wickets while playing for Chennai Super Kings in 2019. Wanidu Hasaranga has also taken 26 wickets while playing for RCB in this season.

Chahal has been exceptional this season. In IPL 2022, Chahal took his first hat-trick in the T20 format. He took this hat-trick against Kolkata Knight Riders. Chahal has now made a definite return to the Indian team by making IPL 2022 special. He has also been selected for the 5 T20 match series against South Africa. Now Chahal is at the forefront of the race to be included as India’s most important spinner in the upcoming T20 World Cup.